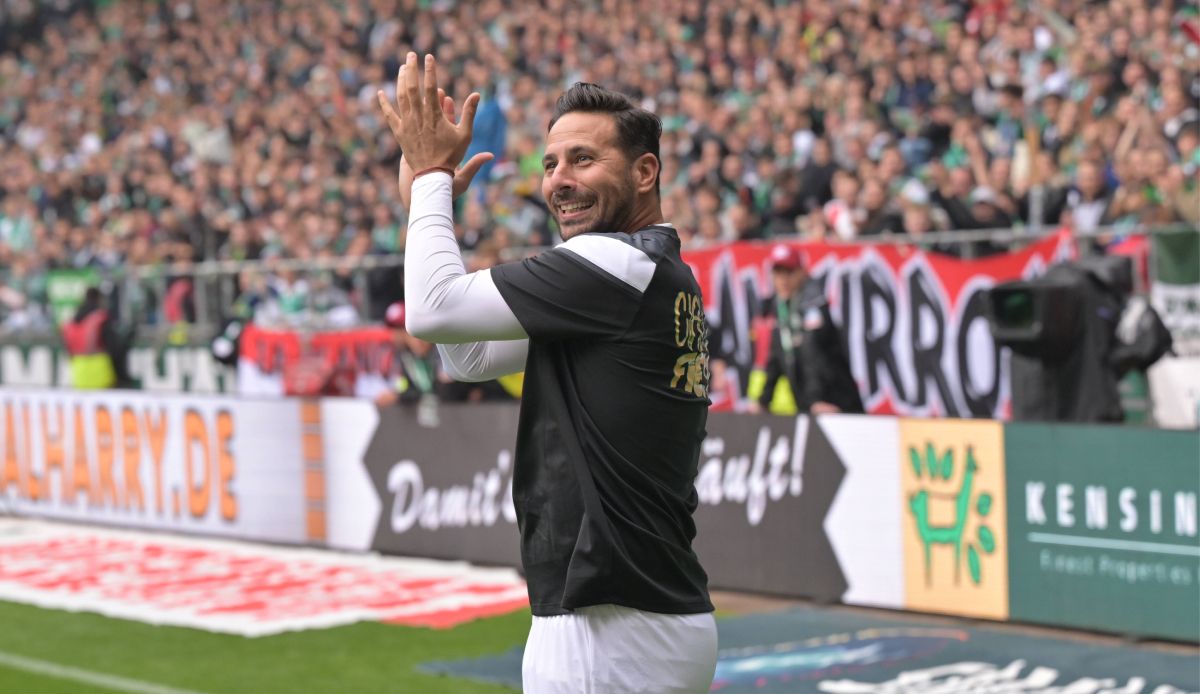 With four goals, numerous prominent teammates and in front of 40,500 spectators, Claudio Pizarro said goodbye to his professional career at “Claudios Fiesta” in the sold-out Bremen Weser Stadium. The almost 44-year-old Peruvian made brief appearances for the Werder Bremen team, the FC Bayern Legends team and the Claudio’s Amigos team.

After just 98 seconds, the former top striker opened the scoring with a header, and three more goals were added before the very last substitution of his career. Shortly before, he even “saved” a penalty shot by Fin Bartels. “It was the best end of my career. Thank you football!” said Pizarro afterwards, visibly moved Sat 1.

In the course of his more than two-decade career, the South American had celebrated numerous successes with both the Hanseatic League and the German record champions. The decision in favor of Bremen as the venue was made a long time ago: “At the time, Bremen opened the door to Europe for me.”

Among the most prominent companions who found their way to the Osterdeich were Philipp Lahm, world champion in 2014, the two 1996 European champions Dieter Eilts and Marco Bode as well as the former Bayern stars Giovane Elber and Arjen Robben. The loudest applause, apart from Pizarro, belonged to the former Werder goalscorer Ailton.

Pizarro still holds three Bundesliga records: No Bundesliga professional has ever scored at least one goal in 21 calendar years, and his goalscoring at the age of 40 years and 227 days is unmatched. And 490 Bundesliga appearances are also unique for a foreign professional.