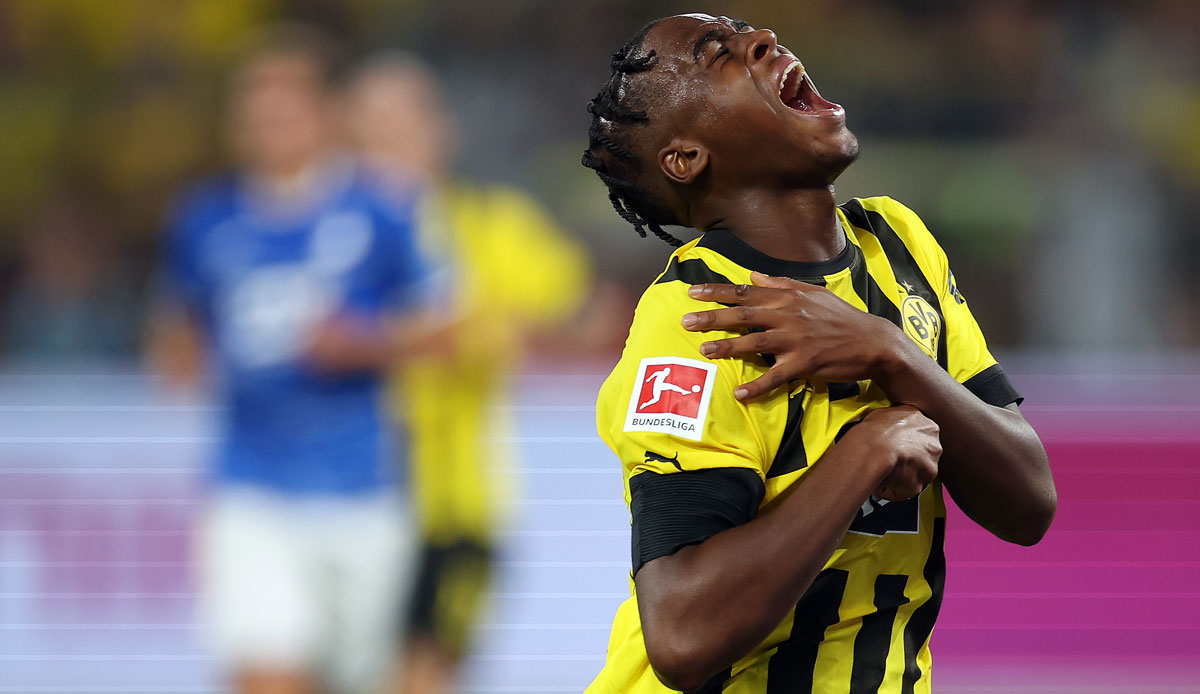 BVB youngster Jamie Bynoe-Gittens is threatened with a month-long absence. As coach Edin Terzic confirmed on Monday at the press conference before the CL game against Copenhagen, an operation could be pending for the Englishman.

It is therefore unclear whether the shoulder injury that Bynoe-Gittens sustained in the game against Hoffenheim (1-0) “can be treated conservatively or whether he will have to undergo surgery.”

BVB: Bynoe-Gittens before months of failure?

Should an operation be necessary, the talent, like Mahmoud Dahoud, who also injured his shoulder, would probably be out for months.

Positive for the BVB supporters: According to Terzic, Raphael Guerreiro is ready for action again. For the attackers Donyell Malen and Karim Adeyemi it is probably not enough against Copenhagen.