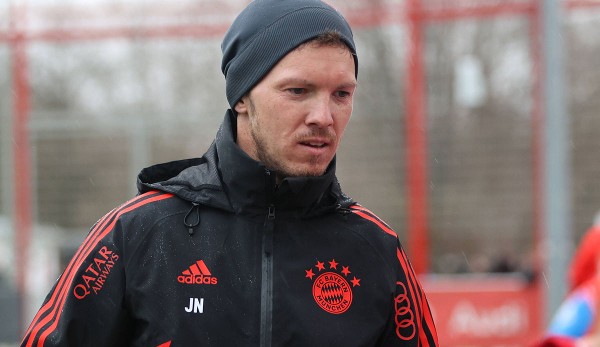 There are apparently more details on the transfer modalities when Bayern coach Julian Nagelsmann changes from Leipzig. While the future of a striker still has to be clarified, a new signing for the summer will probably soon be fixed. Also: A defender does not want to reveal his weaknesses.

In the summer of 2021, FC Bayern dug deep into their pockets to free their dream coach Julian Nagelsmann from RB Leipzig. the sports picture now gives more details about the change. According to this, 15 million euros of the maximum 25 million euros to be transferred to Leipzig will be paid directly, another five million will be brought in by two friendlies. In the two games, RB are guaranteed revenue of at least 2.5 million per game.

The other five million, on the other hand, depend on success-related factors. For two million, Bayern would have to win the double twice with Nagelsmann, so the championship in the previous season was not enough. The remaining three million would be due in the event of a Champions League win within Nagelsmann’s five-year contract.

At the time of the change, Nagelsmann was still under contract with the Saxons until 2023, and there was no exit clause. In order to make the transfer possible, which the 35-year-old also wanted, he even waived 15 percent of the salary that he had already negotiated with FCB. He is currently said to earn around eight million euros a year.

It has long been considered very likely that midfielder Konrad Laimer will move from Leipzig to Munich in the summer. After the new sports director Max Eberl had not given up hope of staying, this project is, according to the sports picture hopeless.

After returning from the training camp in Qatar, Bayern’s sports director Hasan Salihamidzic resumed talks with Laimer’s consulting agency Roof, the change should be finalized as soon as possible. Since January 1, Laimer has been allowed to make contact with other clubs due to his expiring contract. An agreement between the Austrian and FC Bayern has long existed. He worked with Nagelsmann between 2019 and 2021, so other interested teams such as Liverpool FC and Chelsea FC would lose out.

Eric Maxim Choupo-Moting’s future beyond the summer has not yet been clarified. In the weeks before the World Cup break, he was one of the absolute guarantees of success and was even described as “indispensable” by coach Nagelmann. But in order to keep the experienced Cameroonian, FC Bayern would have to make a suitable offer for him.

According to the picture Choupo-Moting envisions an annual salary of 3.5 million, which would represent a significant increase in current earnings. He would also like a long-term contract – one that goes beyond the one year that FC Bayern actually offers its over-30 players. The negotiations with advisor Roger Wittmann should enter the decisive phase in the coming weeks.

The 73-time national player has been under contract in Munich since October 2020, and he has already scored eleven goals and three assists in 16 games this season.

FC Bayern, News: Upamecano does not want to talk about weaknesses

Dayot Upamecano is having a strong season at Bayern and still has big goals: “I want to get as far as possible,” he explained in an interview bundesliga.com. However, he does not want to reveal what he still has to work on. “Weaknesses? I’ll keep them to myself, keep working hard. I don’t want to tell my opponents what my weaknesses are.”

While the ex-Leipziger emphasized that he loves defending, he said about possible improvements: “We do a lot of video analysis with the coach. And he always takes me aside and tells me where I can improve and where I am hit well.”

He also exchanged views with Nagelsmann after the defeat in the World Cup final: “He told me that I played a great World Cup and that I just have to keep going.”