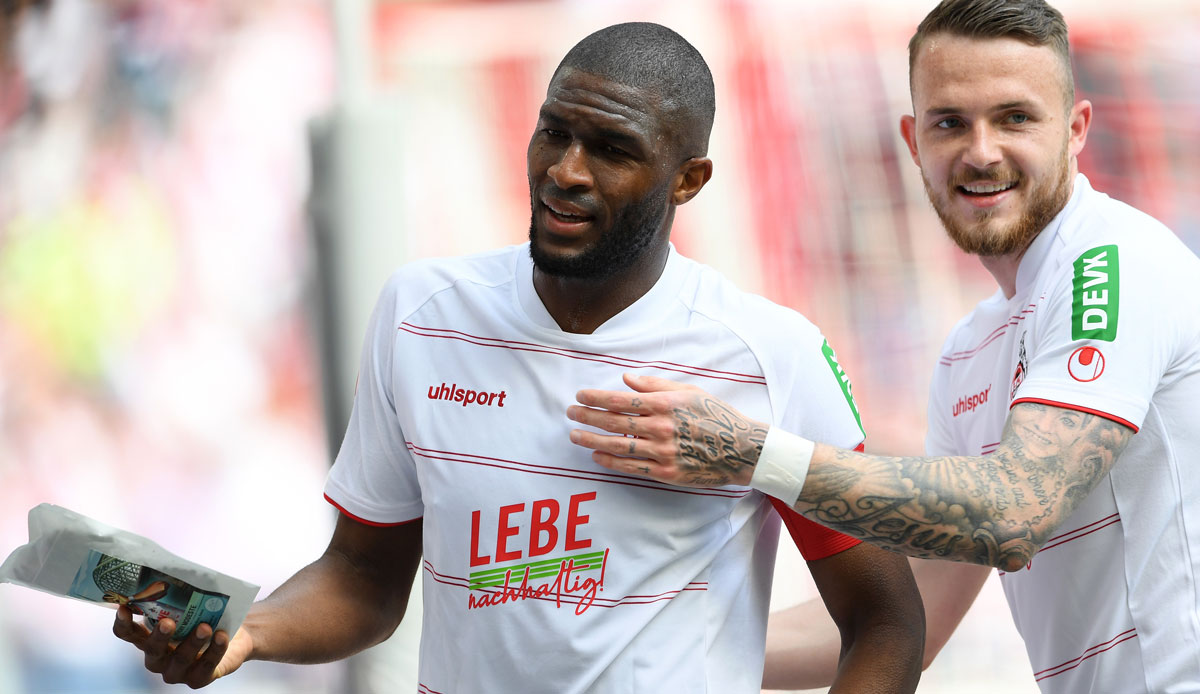 Anthony Modeste celebrated his goal to make it 2-1 for 1. FC Köln against Arminia Bielefeld with a promotion for his own coffee.

Modeste placed the ball in Arminia’s goal after Mark Uth crossed it in. For his celebration, the striker probably had a plastic bag next to the opposing goal in advance.

He took out a pack of his own coffee and held it up to the camera. He then handed it to a young fan.

Modeste has scored 17 goals in 29 games for Cologne this season.