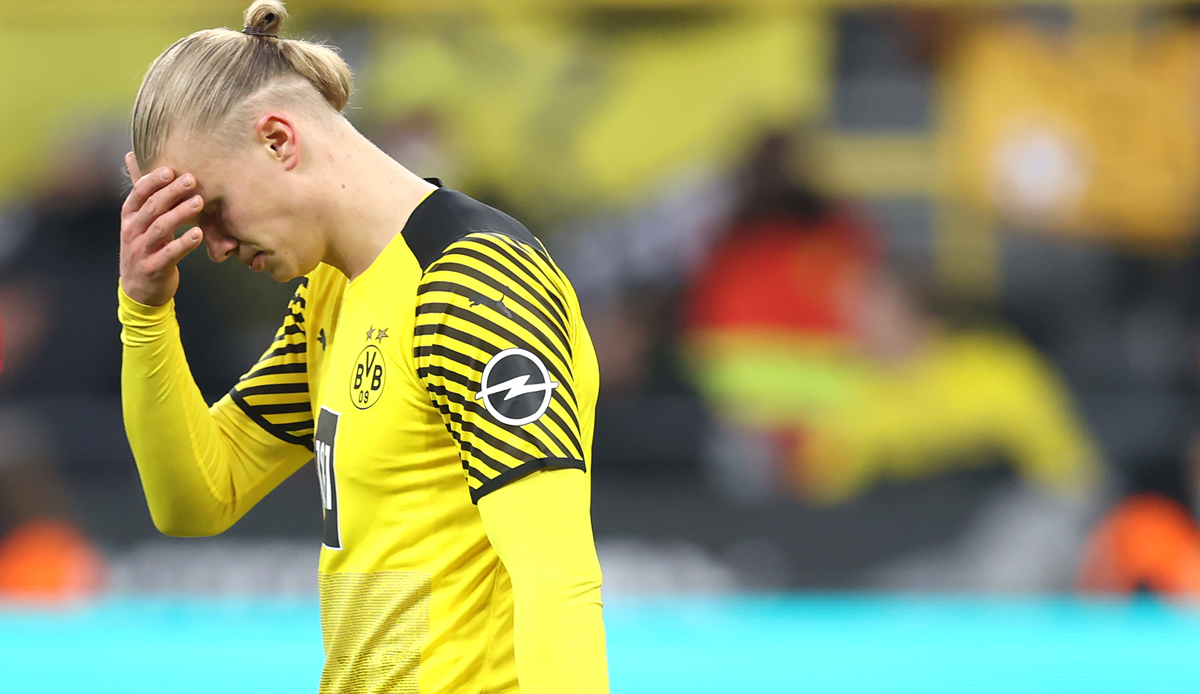 Borussia Dortmund is the self-proclaimed second beacon of German football and will probably be runners-up for the fourth time in the past seven years. The multitude of disappointments in the current season, the quality of the team and the up-and-coming competition – all of this must cause concern for BVB. A comment from SPOX editor Jochen Tittmar.

Hans-Joachim Watzke said: “A lot will happen on Saturday.” Marco Rose said: “With the fans behind us, we can only win.” Sebastian Kehl said: “We will get better with our fans, guaranteed.”

Despite this great confidence before the game, after the Borussia Dortmund supporters returned to their home stadium, the scoreboard showed a 4-1 draw against RB Leipzig. It was another disappointment in a season that is marked by disappointments and the multitude of which significantly clouds the only positive balance of this BVB season – that Dortmund is still in second place in the Bundesliga.

In view of many poor performances, some of which were enough to win, this is now a mystery. And by far not the only ambiguity with which the Westphalians leave their observers behind. On the other hand, one thing is clear: as long as it has been clear that Dortmund will in all probability come second at the end of the season, it has also been clear that this year will be a setback for the club.

The future sports director Kehl only announced on Friday in an interview with the Süddeutsche Zeitung explains that they want to impose a new identity on the team. At the same time, the 42-year-old emphasized that it was “even likely that it will take several transfer periods to implement our ideas”.

BVB grades: Haaland not up to par

BVB: That should worry Dortmund

Opportunities and dangers lie side by side here, because BVB’s complex renewal process will continue to be accompanied by ambitious expectations in the coming season, which the team has failed to meet on a regular basis in recent years. Dortmund’s squad lacks homogeneity, leadership and the necessary quality for their own claims. This has become obvious in the turmoil of the current year and it takes a great deal of effort to change this situation.

Even if the current table paints a clear picture of the supposed balance of power: RB Leipzig and Bayer Leverkusen are also pushing from behind, two clubs whose entire structure has been more stable for some time. They have now clearly won in Dortmund (4:1 and 5:2), which is telling enough for the level of BVB’s performance. That should certainly worry the self-proclaimed second beacon of German football (Watzke).

The Saxons in particular have become the best team in Germany since Domenico Tedesco was on the sidelines. They lead the second half of the season with 26 points, the coach’s point average is 2.22. The victory in Dortmund was well deserved: Leipzig acted confidently, efficiently and relentlessly exposed BVB’s weaknesses – tactical discipline, counterattack susceptibility, remaining defense. Despite nine points fewer, RBL is far ahead of Borussia as of Saturday evening.

Like Dortmund, Leipzig and Leverkusen exchanged coaches before the season, but from a sporting point of view, unlike BVB – in Leipzig’s case only since the takeover of Tedesco – they show a stringent game idea. They have balanced and high-quality squads that are not threatened with upheaval in the summer. From Borussia’s point of view, it is to be feared that both teams will become stronger. In the medium term, BVB must therefore not look upwards towards FC Bayern, but backwards.

BVB: The next games of Borussia Dortmund