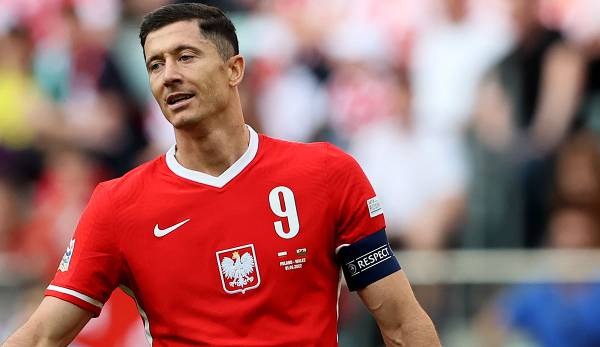 Robert Lewandowski wants to leave FC Bayern, but the way he is promoting the change is apparently not well received in his Polish homeland either. Ex-Bundesliga striker Andrzej Juskowiak has now expressed criticism.

It is not only in Germany that the ongoing exchange theater between Robert Lewandowski and FC Bayern is closely observed. Andrzej Juskowiak, who used to play for Borussia Mönchengladbach and VfL Wolfsburg, has a clear opinion on Lewandowski’s behavior.

Juskowiak told the sports newspaper Przeglad Sportowy: “I’ll say quite frankly that I don’t like Robert’s way of parting ways with Bayern.” Juskowiak continued: “After so many years in which there were more successes and good moments than failures, it could have been done differently.”

Juskowiak, who trained Lewandowski at Lech Posen before moving to BVB, also spoke about a similar situation with Lewandowski and FC Bayern. “Lewy tried to force a transfer before – to Real Madrid a couple of years ago. Back then the player didn’t stop speculation but fueled it, if only by changing manager.”

Now Lewandowski seems to be serious, which surprises Juskowiak: “It looks like a trap to me.” Based on Lewandowski’s statement that his “story with FC Bayern is over”, Juskowiak speculated: “Were foreign journalists present in the run-up to the Polish national team’s training camp and Robert’s press conference? I don’t think so. Now an emissary from the Catalan newspaper appeared Sports and was the first to ask a question. […] If anything was going to happen, it was now. This is the final call for media effectiveness. Robert’s message is simple: ‘I don’t want to stay at Bayern, I’m available.'”

FC Bayern – Juskowiak: “Everything was geared towards Lewandowski”

In general, Juskowiak lacks understanding of Lewandowski’s desire to change: “If I look at history, I don’t think Robert could have felt undervalued there. Everything was geared towards him, he was always at the center of events, I remember that Bayern were fighting for Robert to win the Ballon d’Or in 2020 so I’m surprised he made such a blunt statement.”

Nevertheless, Juskowiak assumes that his compatriot’s departure can no longer be prevented: “The child fell into the well, now Bayern will consider how to solve the problem. Oliver Kahn made a diplomatic statement, and now we will they stall the subject. But the picture has taken a huge crack.”