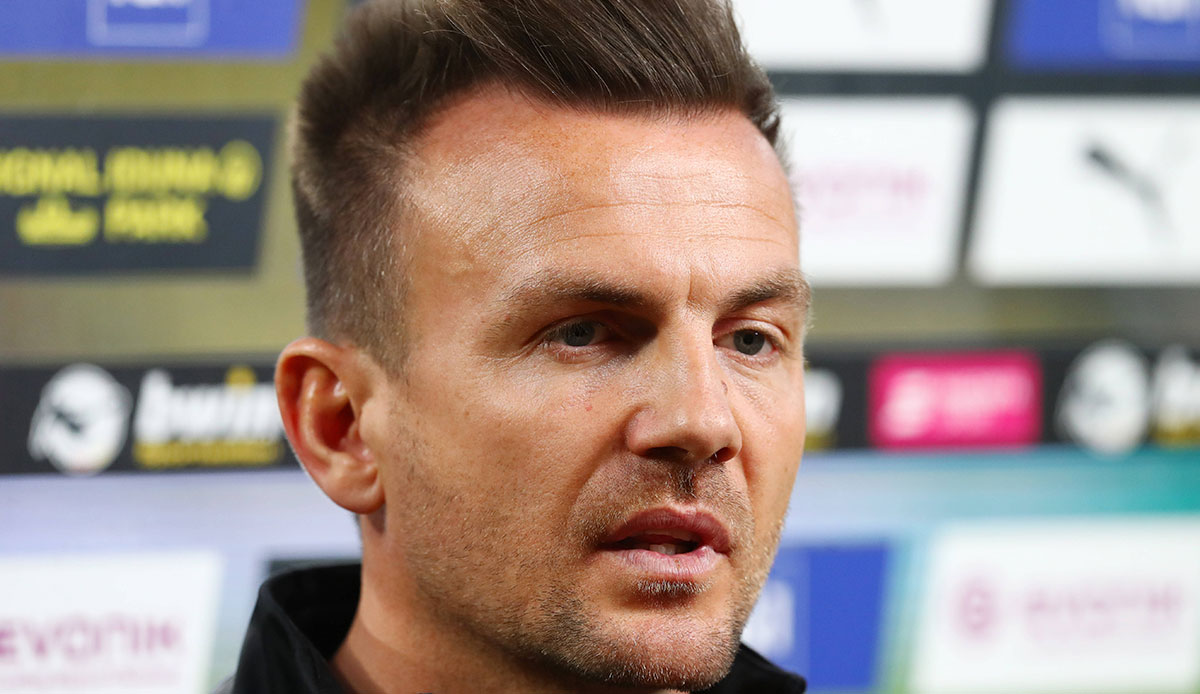 In his first coaching position in the Bundesliga, Enrico Maaßen wants to form FC Augsburg and the club environment into a “sworn bunch”.

“Everyone should get a clear idea of ​​our football, then there is also the connection to the fans. We have to create an identity and something that Augsburg stands for,” said the 38-year-old on Monday at his official presentation.

The Mecklenburger, who was bought out of a contract that ran until 2024 after two years as a U23 coach at Borussia Dortmund, received a contract until 2025. “He was our preferred candidate,” said sporting director Stefan Reuter: “We wanted a coach who was particularly young players can develop.”

As a consequence of the unrest at his new club, Maassen emphasized what he believes to be the great importance of unity: “I’m sure that together, that’s the important thing, we will continue to develop FCA.”

Neither the successor to Markus Weinzierl, who retired at the end of the past season, nor Reuter committed themselves to a clear goal for the season. Maassen hopes for “an identity that the fans stand by”, Reuter made the “joy of the fans at a successful conclusion” the benchmark.

The 1990 world champion thanked his former club, where Maaßen led the reserve team to the third division in the first year and had managed to stay up in the league last season, for the courtesy: “You noticed that Dortmund Enrico Maassen didn’t want to give it away, but didn’t want to let it fail either.” Allegedly, the release for Maassen cost Augsburg 300,000 euros.

Maassen is relaxed about the fundamentally higher pressure in the upper house. “Of course it’s different than before, but I think I have a good mindset to deal with it,” said the Bundesliga novice.

Maaßen wants to equip his team with “a holistic idea in playing with and against the ball”: “I’ve followed an offensive game idea in my previous stations, and that should also be the case at FCA. There will be setbacks, but I feel It’s important that we have a clear idea and that the lads are convinced of it. If we take one step at a time, I’m sure we’ll have a successful season.”