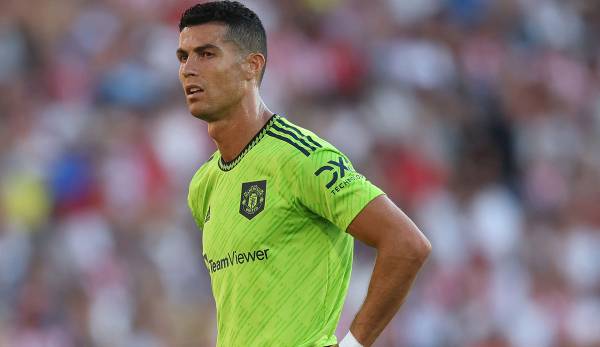 In order to be able to play the Champions League in the new season, CR7 wants to change. Again, BVB is brought up for discussion.

Cristiano Ronaldo is again traded as a newcomer to BVB. In a report by the Spanish ace it is said that alongside Sporting CP from Portugal, Borussia Dortmund is the only remaining option for the superstar who is willing to change from Manchester United. There was contact between the Dortmunders and CR7.

Speculations about the top scorer and the black and yellow are not new. Corresponding reports also appeared when those responsible in Dortmund were looking for a striker after Sebastien Haller’s cancer. At the time, a fan even started a crowdfunding call to collect 40 million for a Ronaldo commitment.

BVB: Cristiano Ronaldo is under contract with Manchester United until 2023

In the meantime, however, Borussia has signed a new man for the center of attack in Anthony Modeste and there is no longer a need there. In addition, Ronaldo’s annual salary of well over 20 million euros would be difficult for BVB to cope with. These factors do not speak for a high level of truth in the latest report from Spain.

Ronaldo wants to leave the Red Devils, who started the season miserably, in order to be able to appear in the Champions League next season. The 37-year-old has allegedly already received a basket from numerous clubs.

The contract of the five-time world footballer in Manchester runs until 2023. If United initially refused the possibility of an early Ronaldo departure, a transfer of the 37-year-old is, according to information from GOAL and SPOX now possible.