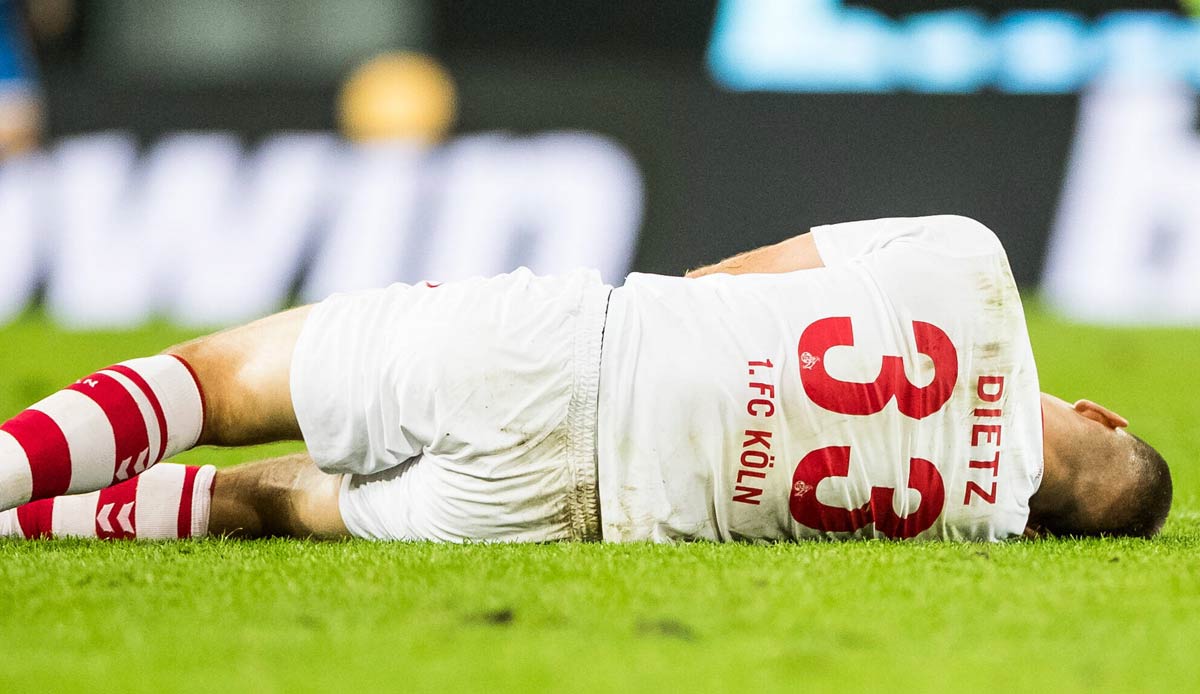 Bundesliga club 1. FC Köln, who are already suffering from injuries, will now have to do without striker Florian Dietz for a long time. The 24-year-old will have cruciate ligament surgery on Wednesday and will therefore not be available for FC in the coming months. The club announced on Tuesday, two days before the group finals in the Conference League against OGC Nice.

“First and foremost, I’m very sorry for Flo. But he’s a real fighter. After his first knee injury, but also after his serious shoulder injury, he worked his way back up with iron discipline,” said coach Steffen Baumgart. “It’s really sad that with him we lose the next player to opponents.”

Most recently, Baumgart was missing nine professionals in the league against TSG Hoffenheim (1-1). Dietz came on as a substitute in the closing stages and had to leave the field injured just seven minutes later.

If Cologne win against Nice on Thursday (9 p.m. / RTL), they will hibernate in the European Cup. If they don’t win, the club’s international comeback is already over.