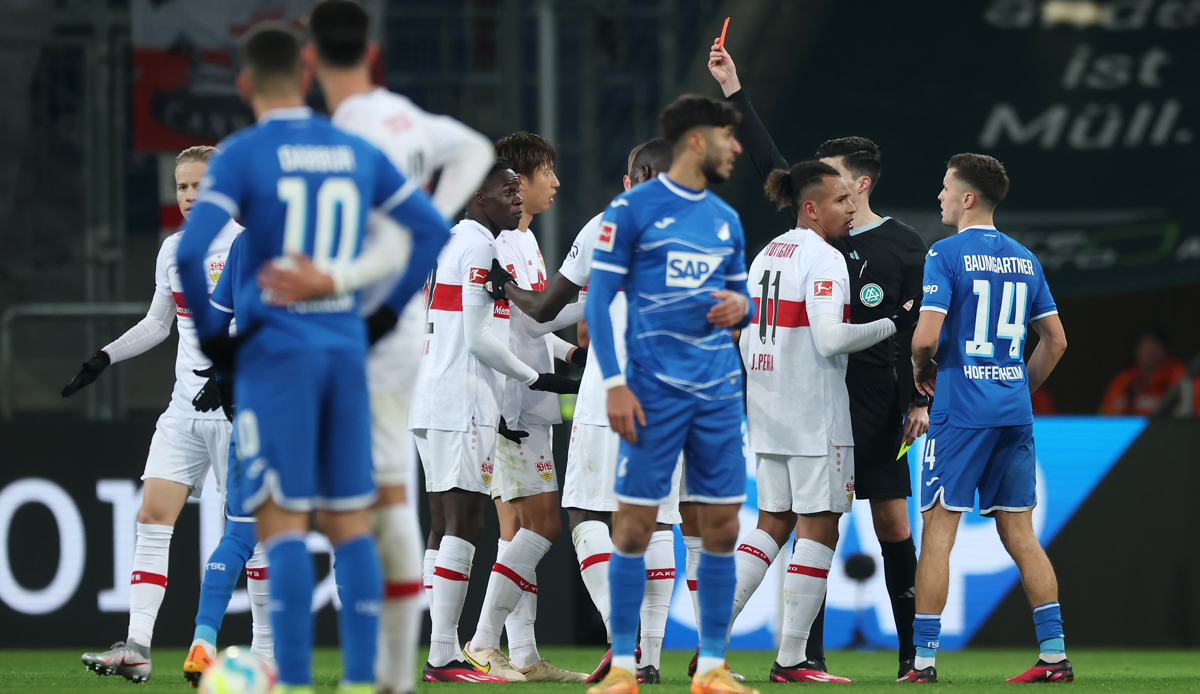 Curious sending off for Naouirou Ahamada: The 20-year-old from VfB Stuttgart saw referee Florian Badstübner give him a yellow-red card (78th) in the match at TSG Hoffenheim (2: 2) for unsportsmanlike behavior, because after the interim goal from Wataru Endo celebrated wildly with the fans on the fence.

“The rule is there, that’s why yellow-red is correct. He’s a young player, that was a bit of inattention on his part,” said sporting director Fabian Wohlgemuth, adding: “Of course, it was also a piece of the puzzle for us to equalize in the end had to accept. That will never happen to him again.”

Particularly bitter: the Frenchman Ahamada received the first yellow card for complaining. VfB will miss him on Friday (8.30 p.m.) for the start of the second half of the season at RB Leipzig.