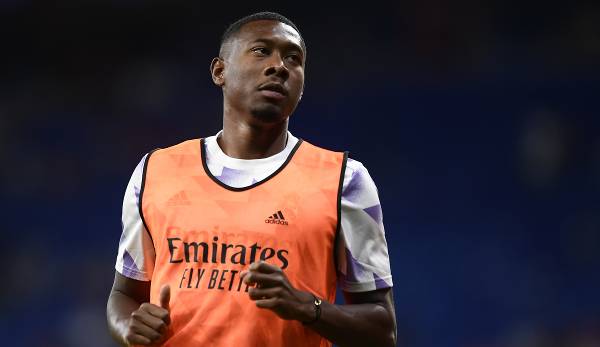 BVB apparently has to do without an offensive trio against RB Leipzig. Meanwhile, David Alaba raves about youngster Jude Bellingham. Also: The CL game between Dortmund and ManCity is threatened with cancellation. You can find all the news and rumors about BVB here.

Jude Bellingham was one of the top performers in the BVB game last season. Since this season, the 19-year-old has been promoted to second vice-captain and should once again take on more responsibility. For real star David Alaba, the Englishman is one of the most interesting players in world football.

“As for Bellingham as a player, I can say that he is one of the greatest midfield talents in the world. And that at a young age!” Alaba told the World. “At just 19, he leads the team, doesn’t hide and already decides games with his style of play.”

According to several media reports, Real Madrid have chosen Bellingham as their long-term transfer target. Alaba can well imagine the BVB youngster with the royals. The 19-year-old has many things that characterize a Real Madrid player. “Real Madrid is difficult to put into words, but you can feel it. When I walk the streets now, whether it’s in Austria, Germany or anywhere in the world, everyone knows what Real Madrid means. Real Madrid means success.” , according to the Austrian.

With Mahmoud Dahoud and Jamie Bynoe-Gittens (both shoulder surgery), Borussia Dortmund will be missing two long-term injured players in the upcoming duel against RB Leipzig. According to information from Ruhr news They could also be joined by Karim Adeyemi (foot problem), Donyell Malen (thigh hamstring tear) and Thorgan Hazard (hamstring injury), for whom the top game also appears to come too early.

According to the report, all three players were not on the plane to Leipzig either. Coach Edin Terzic had already indicated during the week that a mission against the Saxons could be tight. “Donyell Malen and Karim Adeyemi increase their workload every day, they complete parts of the training. It’s about how high the risk would be that they would get seriously injured again,” said Terzic. “It’s a similar story with Thorgan Hazard.”

While Adeyemi and Malen have been out for several weeks, Hazard has only been on the list of BVB injuries since last week. In the Champions League match against FC Copenhagen, the BVB striker had to be replaced after just 23 minutes.

With U23 player Justin Njinmah and summer newcomer Marcel Lotka from Hertha BSC, two players are to make their squad debut.

BVB, rumor: Dortmund game against City threatens to be relocated

In the coming week, BVB will be a guest in the Champions League at Manchester City (in the SPOX live ticker). However, due to the national mourning declared in England, triggered by the death of Queen Elizabeth II, it is not yet certain that the game can even be played as planned.

So far, British sporting events have only been suspended over the weekend. However, should the ban go beyond that, UEFA would have to intervene. The association has not yet commented on possible consequences.

A possible scenario would be that matches that were supposed to be played on British soil get a different venue. Alternatively, the meeting could be postponed to a later date.

Misunderstandings and real hardships: Most expensive BVB sales within the BL

BVB, News: Dortmund as a guest in Leipzig

BVB is visiting RB Leipzig this afternoon for the 6th match day of the Bundesliga (from 3.30 p.m. in the live ticker). Both teams could play like this.