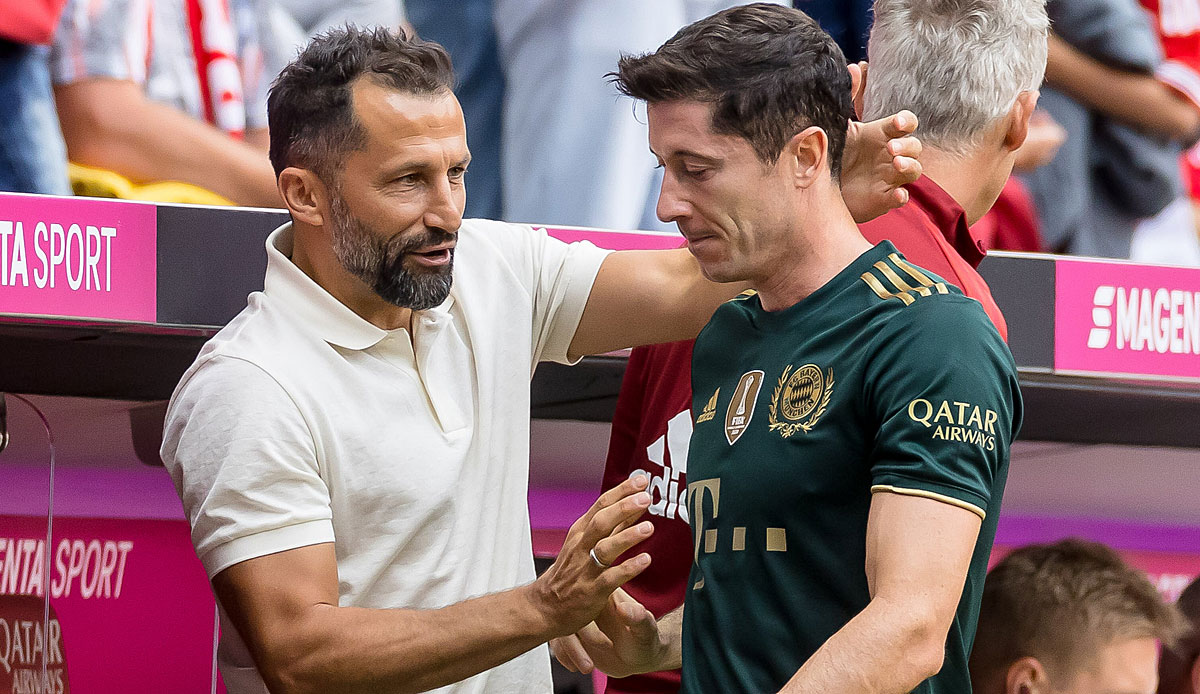 In the saga about the future of Robert Lewandowski there is no end in sight, the demands of Munich could even be higher than previously thought. Meanwhile, Hasan Salihamidzic explains the reasons for separating from a failed talent. News and rumors about FCB can be found here.

Is FC Bayern asking for a higher fee than previously reported for striker Robert Lewandowski, who is willing to leave the club? Is it up to the Spanish Sports, the sum amounts to 75 million euros (previously 50 million euros was considered the pain threshold). Under no circumstances do FCB want to let the Pole, who is under contract until 2023, go. The negotiations have reached an impasse and could drag on for weeks. President Joan Laporta personally contacted Lewandowski and asked for patience.

In the middle of the week, several media reported that Barca had increased their offer again to 40 million euros, including bonus payments the amount could be almost 50 million. This offer was also rejected, but loudly sports1 at least a first exchange of all parties took place.

This is consistent with information from skyAccording to which the Bayern bosses around CEO Oliver Kahn and sports director Hasan Salihamidzic are basically ready to talk, there was direct contact with Barca sports director Mateu Alamany. However, the Catalans are currently not planning to increase their already third offer again.

FC Bayern will start preparing for the new season on July 12 – as Kahn recently made it very likely with Lewandowski: “We are happy to see him in training on the first day. We are responsible for the club being like this as successful as possible. Robert has shown what he can contribute and what he will contribute in the future. He has a contract with FC Bayern Munich until 2023. We don’t deal with anything else.” Nevertheless, among other things, the picturethat a strike by the striker is getting closer.

The question of how the goalscorer’s departure could be dealt with is also crucial. Newcomer Sadio Mane can play in the center of the attack, but is mainly planned on the outside. A replacement would be needed. Rumors of interest in Stuttgart’s Sasa Kalajdzic have cooled recently, and Jonathan David from OSC Lille is also loud sky Contrary to reports to the contrary, there is currently no serious candidate in Munich.

Striker Jann-Fiete Arp is making a permanent move from FC Bayern to second division side Holstein Kiel. The clubs announced this on Friday. The 22-year-old played for Holstein on loan last season and is now on a two-year contract.

“I felt incredibly comfortable here, so it wasn’t a difficult decision for me to continue down the KSV path,” said Arp. He is looking forward to a “really great season”.

KSV sports manager Uwe Stöver was also satisfied: “Fiete Arp settled in very well with us last season. He faced the challenges in the team and the league professionally and indicated his potential,” said the 55-year-old.

Arp had moved from Hamburger SV to Munich in 2019 as a promising talent, but played no role in the record champions in the first team. “Fiete Arp came to FC Bayern as one of the greatest German offensive talents. He made his first Bundesliga appearances for Hamburger SV and played a very good U17 World Cup for Germany. Unfortunately, sometimes expectations are not fulfilled,” said Bayern sports director Hasan Salihamidzic.

He continued: “We discussed our options in detail with Fiete and in the end we were both convinced that it would be best if Fiete took a new path. We wish him all the best and every success in his new role.” After being loaned to Kiel last summer, he played 23 second division games there, scoring two goals.

After Sadio Mane (17), four other players have changed shirt numbers, including newcomers Ryan Gravenberch and Noussair Mazraoui. Gravenberch will wear number 38 in the future, which he wore on his professional debut for ex-club Ajax. Mazraoui will wear number 40 next season.

In addition, the Bayern youngsters Gabriel Vidovic and Malik Tillman have decided on new numbers. Striker Vidovic, who signed a professional contract until 2025 in February, changes from 38 to 28, which Holger Badstuber, among others, wore in the past. From now on, Tillman uses 37 instead of 40.