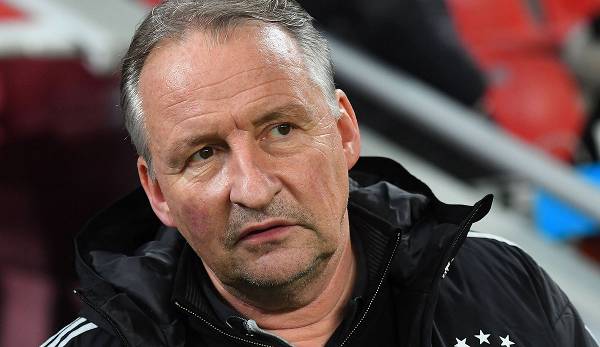 In an interview with SPOX and GOAL, former Bundesliga referee and DFB referee instructor Lutz Wagner clearly blames the referee for the faulty substitution in the SC Freiburg game against FC Bayern Munich. He also talks about possible consequences.

In the 86th minute of FC Bayern’s 4-1 win at SC Freiburg, twelve FCB players were briefly on the field. The reason: Bayern made two changes, Marcel Sabitzer and Niklas Süle came on for Corentin Tolisso and Kingsley Coman. The latter didn’t notice his substitution and played on for 17 seconds.

The possible consequences are still unclear, but Lutz Wagner does not see the mistake in Bayern, but in referee Christian Dingert. In the interview he speaks SPOX and GOAL about the exact processes – and explains how the error could have been prevented.

Mr. Wagner, you have now been in contact with Christian Dingert. He also seemed very unhappy right after the game in the Sky interview. How does a referee feel after such a game with a faulty substitution?

Lutz Wagner: Of course you like it when everything goes smoothly and nobody wants anything after the game. As is well known, referees only give interviews after the games if there is something worth discussing. I think you can understand that he wasn’t happy about what happened.

What went wrong in Freiburg on Saturday?

Wagner: First of all, you have to make a clear distinction: This season we already had the case in the DFB Cup game between Münster and Wolfsburg or in the past cases in which ineligible players were substituted on. I am thinking of Giovanni Trapattoni in 1994/95, for example. These were all unauthorized player changes that should not have been carried out.

It was different in Freiburg on Saturday.

Wagner: Correct. The change as such was completely correct and could be carried out because the substitute player was eligible to play and was also checked. Everything was alright. Almost up to the end everything worked correctly, only then the player who had been substituted stayed on the pitch due to a misunderstanding. And that is not to be compared with Wolfsburg or other cases in which an illegal transfer was made. You have to separate that.

Lutz Wagner: “Blackboard is a tool for substitutions”

What should have happened in Freiburg?

Wagner: Player Kingsley Coman stayed on the pitch due to irritation. Now the referee comes on board: Normally, he or someone from his team should have made sure that the number of players was correct before the game continued. He didn’t do that, so it’s a mistake by the referee.

To be clear, the responsibility lies with the head referee and not the fourth official, right?

Wagner: Yes, the referee can delegate the task, but it is his responsibility to ensure play continues with the correct number of players on each side. The blackboard is a support and therefore an aid.

So can’t FC Bayern be accused of entering the wrong information, i.e. the old 29 instead of the new 11 comans, on the board and thus triggering the error?

Wagner: That certainly led to all the confusion, but it’s very human when you don’t pay attention to everything and overlook something that you then lose track or do an exam incorrectly. Something like that can always happen, and again: In the end, the referee is responsible.

Was the confusion also about exhausting the so-called exchange slots? That it was a fourth slot, although only a maximum of three are allowed.

Wagner: No. Had the slots been exhausted it would have been an unauthorized switch, but it wasn’t.

Wagner: “No change if the player doesn’t go down”

It was not Coman’s intention to remain on the pitch. What if a player intentionally doesn’t go down and refuses?

Wagner: Then you go to the captain and say: If the player doesn’t go down, there’s no change and everything stays the same. It must also be the case that the player has left the pitch before the substitute player enters the pitch. To save time, players sometimes exit on the other side. This is even desired.

The fourth official had a lot to do with the complaining coaches on the sidelines in Freiburg. Does it ever lose concentration?

Wagner: Naturally. And yet you have to control the number of players. This is seldom done by the referee, but in most cases by the fourth official. He counts, checks everything and then says: “Okay, we can continue.”

It is said from Bayern side that there were only a few seconds in which they had one more player on the pitch. At what point is it no longer okay and does it have consequences if a team has twelve players on the pitch?

Wagner: In general, it’s not okay at all. The correct continuation of the game would have been: direct free kick if he gets the ball, in the penalty area it’s even a penalty kick. Indirect free kick when he misses the ball. If the team scores a goal, that goal would not count.

Wagner: If SC Freiburg lodges a protest, the mistake must be determined. There is no doubt that there was a mistake. Then the DFB sports court has to determine whether it was relevant to the game.

Without a protest from Freiburg, there are no investigations.

Wagner: No, otherwise the sports court would have to take action every weekend for every referee error.

If the Freiburg protest and the sports court says that there was no player relevance because Coman was only on the pitch for a few seconds, the fact remains that, contrary to all rules, a team was on the pitch with twelve players. Is there a loophole in the rules if this remains without consequences?

Wagner: No, that’s not a gap. If the referee recognizes unsportsmanlike conduct, the player must be warned. But since it was a misunderstanding through no fault of Coman, he wasn’t warned and I think that’s right.

Wagner: Because the player did not act unsportsmanlike. It wasn’t his fault that the change didn’t go through properly because the board from Bayern’s team manager was displayed incorrectly and the referee didn’t check it properly.

Only since Corona have both teams had their own boards that hold up so high. That used to be the job of the fourth official.

Wagner: Correct. In the past, the fourth official was given a sheet of paper with the bills of exchange written on it. If they had given him the wrong information in Freiburg, he would have reported it just as wrongly. The referee only carries out what the clubs give him as information. He does not specify the player to be substituted.