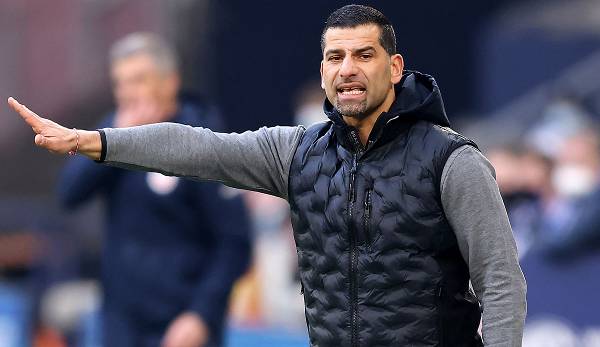 After the dismissal of Thomas Reis, VfL Bochum is looking for a new coach. Dimitrios Grammozis is the candidate for the successor.

At least that’s what they report WAZ. However, an official request has not yet been made.

The 44-year-old knows the club very well. In the 2012/2013 season, the former midfielder ended his career in the VfL second team. Grammozis then coached various youth teams in Bochum for six years and was even the assistant coach for the pros at one point.

In March 2022, the native of Wuppertal was dismissed as coach of FC Schalke 04. He still has a valid contract with the Royal Blues until the end of the season.

After the disastrous start to the season with six defeats from the first six games, Bochum parted ways with coach Reis on Monday. Heiko Butscher steps in as interim coach.

Sports director Patrick Fabian is not looking for “a classic fireman”. The future coach must “be convinced that he can keep up the class with VfL and also be able to convey this. He should have a clear line in the game, a clear speech.”

The problem is the personnel policy of the club. “You should think about who you sold everything at VfL and brought in for it. It was clear that it was only against relegation,” said Neururer.