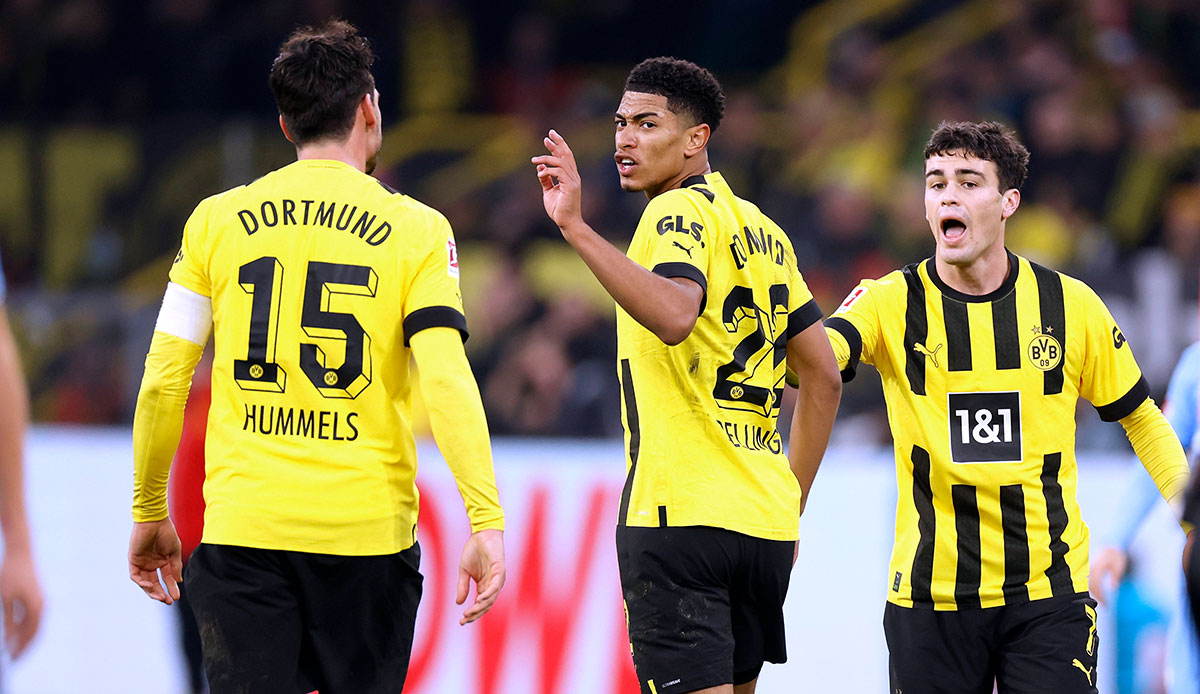 During the small district derby between Borussia Dortmund and VfL Bochum, BVB had a dispute despite the clear 3-0 victory. The focus was on Jude Bellingham, who loudly picture could hardly be contained after a discussion with Mats Hummels and Nico Schlotterbeck.

The reason for the argument was that Bellingham moved up too high in the 60th minute of the game, while Salih Özcan was being treated on the sidelines. Hummels and Schlotterbeck are said to have called the 19-year-old back because his pressing in the absence of his neighbor Özcan tore large gaps in Borussia’s defence.

“We pressed too high, we’re outnumbered at the back. We were all a little upset about that,” Schlotterbeck commented on the situation picture in retrospect. In the 66th minute, Bellingham loudly took revenge on Schlotterbeck, who had played an inaccurate pass – and then had to be reassured by vice-captain Hummels and goalkeeper Gregor Kobel.

“That’s part of it. We’re a team,” Schlotterbeck classified the event: “Everything’s fine after that. We played well. There are no differences with one player.”

The tactical discipline of the Englishman is according to the picture internally an issue from time to time. The 19-year-old has been surrounded by many rumors of a change recently, Liverpool FC is apparently ready to pay up to 100 million euros for the young star.