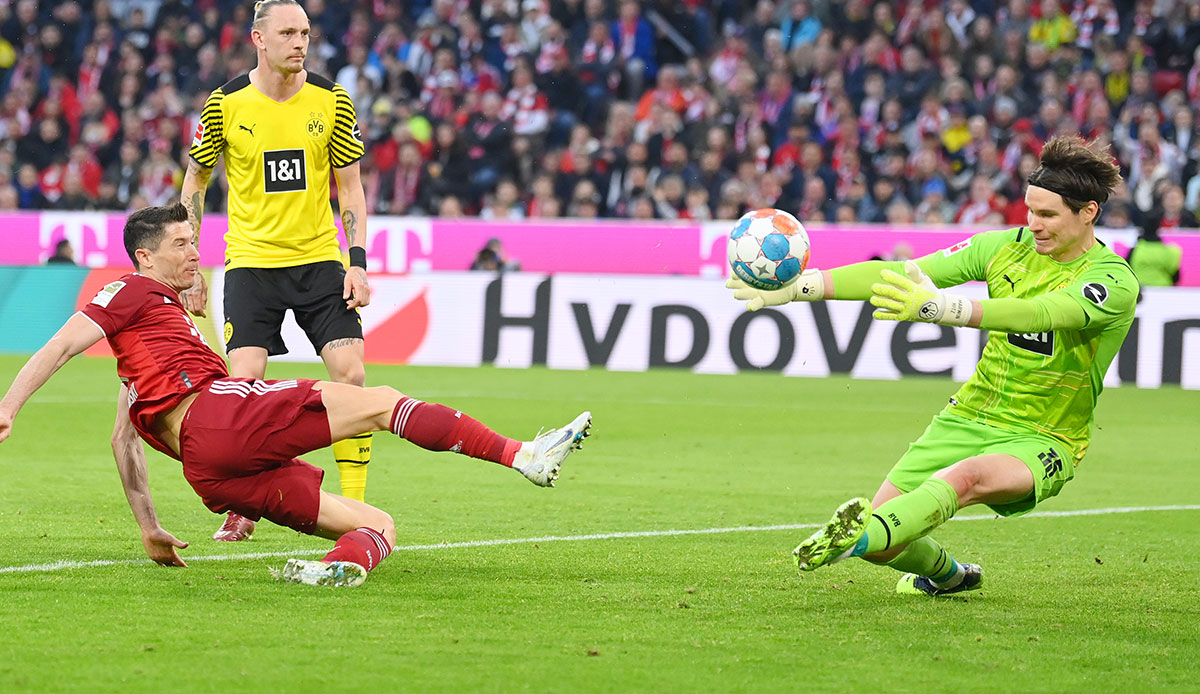 Marwin Hitz could leave BVB in the summer. Manuel Akanji could replace a legend at Juventus and an ex-BVB professional criticized Borussia Dortmund for sacking Thomas Tuchel. Current news and rumors about BVB can be found here.

Click here for the news and rumors of the previous day!

After Gregor Kobel’s injury, Marwin Hitz was in the BVB box for the away game against FC Bayern. Was it one of his last appearances for Borussia? Hitz published a photo on Instagram and wrote: “The last classic”. This could well be interpreted as a farewell announcement.

According to Augsburg General it could be that Hitz returns to FC Augsburg. There, where Hitz already acted very successfully between 2013 and 2018. There has been speculation about this for some time.

This is also due to the situation at FCA: Rafal Gikiewicz, who has been in charge of the Augsburg goal since 2020, played a top season in 2020/21, but lost some ground in the following season. In Hitz he could get a competitor who gives him a little more fire than Tomas Koubek, who could return to France. Hitz’s contract in Dortmund runs until 2023 – so a transfer would be due.

Manuel Akanji, it has been said repeatedly, arouses the interest of Premier League clubs and Manchester United in particular is often traded as a potential buyer. But now a new option seems to be opening up that could be interesting for the Swiss. Juventus Turin is now said to be in the running for the BVB star. Italian transfer expert Rudy Galetti wrote that Akanji is on the list for the Old Lady.

Juventus need a refresher in their squad after ending their Serie A dominance. In defence, in particular, there is a medium-term need for a replacement for the legend Giorgio Chiellini, whose end of career is near.

Incidentally, Juventus is familiar with transfers from the Bundesliga: Denis Zakaria moved to Italy from Borussia Mönchengladbach last winter, after the club signed Weston McKennie from FC Schalke 04. As in both cases, Juventus would have to pay a transfer fee again, since Akanji’s contract runs until 2023 running.

Ex-BVB professional Michael Rummenigge interviewed t-on-line Borussia Dortmund criticized for once dismissing Thomas Tuchel as coach. “I think if Thomas Tuchel had been in Dortmund longer as coach, Bayern wouldn’t have won the title ten times in a row. Favre was close at one point, but then lost everything in the second half of the season.”

Rummenigge, who played for BVB between 1988 and 1993, now sees RB Leipzig ahead of Dortmund. Rummenigge: “Sometimes one of the other big clubs has to stand up and say we want to defy FC Bayern and break the phalanx – even at the risk of it not working. I would do something like that for the new season also want to hear from Leipzig, who are currently number two in Germany for me – and not Borussia Dortmund.”

He sees a fundamental problem at BVB: “For me, the problem is also a question of the quality of the players. Some of those who are on the pitch overestimate themselves and at the same time have settled comfortably into second place in the league.”