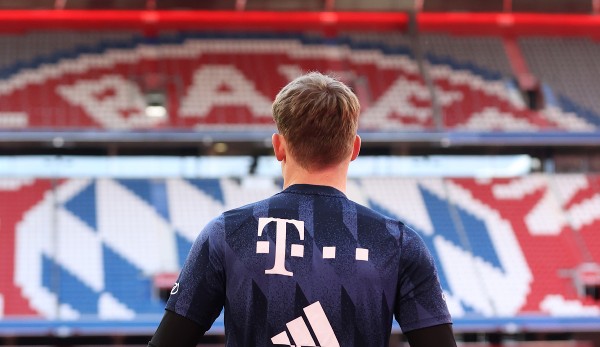 In the search for a replacement for Manuel Neuer, FC Bayern Munich could face well-known competition from Alexander Nübel. Josip Stanisic hopes after third place at the 2022 World Cup in Qatar that Croatia legend Luka Modric will stay longer. Thomas Müller is not keeping his fingers crossed for Lionel Messi in the final of the World Cup, but for France and his FCB colleagues. News and rumors about the record champions can be found here.

Manuel Neuer’s injury could set off a goalkeeping carousel across Europe. As various media have recently reported, Alexander Nübel is currently the most likely candidate as an interim solution at Bayern Munich. His advisor recently confirmed the interest of the record champions. However, there could also be competition.

Because like them BamS reported, Ajax was also recently interested in a Nübel transfer. Accordingly, the Dutch record champions want to replace their 39-year-old goalkeeper Remko Pasveer. A winter transfer was also part of the considerations. On top of that, Monaco would need a replacement if they embark on a move. According to the tabloid, Koen Casteels was a consideration of the French. However, no request is said to have been received from VfL Wolfsburg.

A Nübel transfer could therefore trigger a real chair back in the goalkeeper positions. However, it is still completely unclear whether the goalkeeper and his environment will get involved with FC Bayern. Recently there have been reports of a tense relationship between them and the Neuer side.

Accordingly, there are also rumors about other players. Croatia keeper Dominik Livakovic and Morocco’s Bono both drew the attention of several clubs at the World Cup. Keylor Navas and Yann Sommer were also recently mentioned in connection with FC Bayern.

Josip Stanisic from FC Bayern Munich hopes that Luka Modric will continue in the Croatian national team – if possible until the European Championship in 2024. “I’m pretty sure he will continue,” said the full-back MagentaTV: “We have seen that he is still an outstanding footballer. He is the best footballer ever in our country. When I first met him I was a bit intimidated.”

Modric himself had at beIN Sports already announced that they definitely want to play the Final Four of the Nations League next summer. “After that I will think about the Euros,” explained the Real Madrid star.

Stanisic, Modric and Co. won a bronze medal with the Croatians at the 2022 World Cup in Qatar. FC Bayern’s right-back played 90 minutes in the match for third place against Morocco. In addition, he had to be content with a place on the bench. “We’re a big family,” explained the 22-year-old: “No one gets mad if they don’t play. That’s always the most important thing in a big tournament.”

Stanisic only made his debut for the national team in October last year. Since then he has played eight competitive games.

Lionel Messi can crown himself and his great career this Sunday. If Thomas Müller has his way, that won’t happen. The FC Bayern Munich professional keeps his fingers crossed for his teammates from France. “It’s time to make dreams come true – you deserve it boys,” he wrote on Instagram, wishing “good luck.”

However, the attacker leaves his future with the DFB open. “It’s time to focus on the next chapter with FC Bayern,” said Müller: “After two weeks in which I spent a lot of time with my friends and family, I’m motivated to look forward to the second part prepare for the season in January.”

After the DFB team left the 2022 World Cup in Qatar, Müller indicated that he would resign from the national team, but without being specific. Since then it has become quiet around him. A decision is still pending.