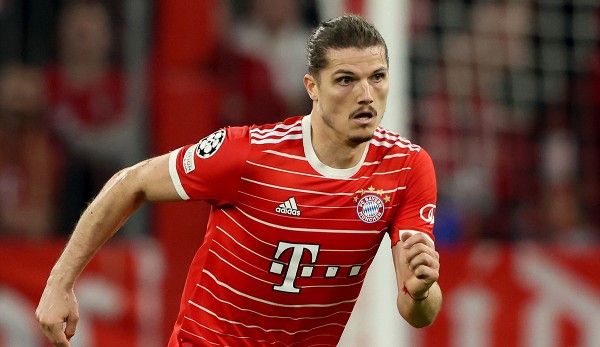 Marcel Sabitzer could leave Bayern Munich if Konrad Laimer were transferred. Oliver Kahn talks about political messages in football. Also: AS Monaco will probably demand compensation if Alexander Nübel breaks off a loan. All news and rumors about FC Bayern can be found here.

FC Bayern, rumor: Does Sabitzer have to go to Laimer transfer?

With Konrad Laimer, an absolute dream player from coach Julian Nagelsmann is to come to FC Bayern. Should a transfer from Leipzig to Munich actually take place, this could have consequences for compatriot Marcel Sabitzer.

After a strong start to the season, the 28-year-old has now moved back into the second rank behind Joshua Kimmich and Leon Goretzka. Again table football reports, those in charge of the German record champions are toying with the idea of ​​selling Sabitzers.

There was already talk of the Austrian leaving last summer, but Sabitzer ruled out a change at the time. Instead, he wanted to fight his way through Bayern and fight for a regular place. With another competitor in the squad, however, this view could change.

According to the report, in addition to central midfield, Laimer could also provide relief in the defensive back four. Accordingly, he is also planned in the plans of the Bayern bosses as an alternative to the right-back position should Benjamin Pavard leave the club as expected.

Laimer’s contract with RB Leipzig runs until the summer of 2023. No transfer fee would therefore be due for Bayern if there was a change.

Bavaria’s CEO Oliver Kahn has warned against overloading sport with too many political messages. “The politicization that takes place in football is becoming more and more extreme. It overwhelms players and football itself. Football can no longer afford everything that is brought to it from outside,” said Kahn im OMR Podcast.

Of course, athletes are allowed to make political statements here and there, Kahn continued. “But he can’t take on tasks that others should actually take on to change things,” said the 53-year-old.

The Bayern boss is therefore “worried whether it will all be too much.” The core task of football is to bring people together with emotions and not to engage in politics.

In addition, Kahn also commented on the expiring contract with sponsor Qatar Airways. “We’ve always said that we’ll let the World Cup pass first and then we’ll sit down with our partner Qatar Airways. Then we’ll talk and make a decision,” said the FCB chairman.

The sponsorship is criticized by the fans. Recently there have been reports that no extension of the cooperation is being sought.

FC Bayern, rumor: Monaco is demanding a fee for Nübel

If FC Bayern wants to bring Alexander Nübel back from his loan to AS Monaco, he apparently has to pay compensation to the Ligue 1 club. That reports Sky sports.

Accordingly, the total would be in the seven-digit range. In addition, the Monegasques would like to present a replacement beforehand, which is why the negotiations could drag on.

Nübel is actually loaned to Monaco until the end of June 2023. After Manuel Neuer’s serious injury, FC Bayern would like to bring his goalkeeper back and use him as a first-choice goalkeeper for the second half of the season.