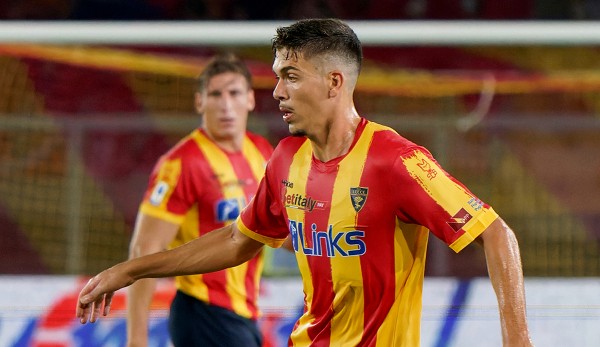 BVB is apparently interested in a youngster from Serie A. Lothar Matthäus recommends a Dutchman as Bellingham’s successor. Also: Donyell Malen has to play for his future in Dortmund. You can find all the news and rumors about BVB here.

In the search for a successor to Jude Bellingham, Borussia Dortmund has apparently struck gold in Serie A. Like the Italian Gazzetta dello Sport reported, BVB have their eye on Joan González from US Lecce.

The 20-year-old is at home in central midfield and has featured in all 16 competitive games for Lecce this season, scoring one goal and providing two assists.

As the transfer fee, the Gazzetta about 15 million euros. González is under contract with the Serie A club until the end of June 2027.

Another potential successor to Jude Bellingham, according to ex-national player Lothar Matthäus, could be Holland’s World Cup star Cody Gakpo. In a guest post for the sports picture the 61-year-old would like the 23-year-old to join Dortmund.

“There is another World Cup discovery with which Dortmund could perhaps even replace Bellingham, probably for less money,” wrote Matthäus there. “I mean Dutchman Cody Gakpo from PSV Eindhoven.”

He would have “played in a more defensively oriented Dutch team in the advanced, half-left midfield position and proved his goal threat with three goals,” Matthäus continued.

Gakpo is under contract with Eindhoven until 2026. After his good performances at the World Cup in Qatar, several top clubs expressed interest in signing him. Real Madrid, Manchester United and Liverpool FC are said to be flirting with a transfer.

Donyell Malen has not yet made a breakthrough at BVB. The Dutchman, who came from PSV Eindhoven for 30 million euros in 2021, did not yet know how to convince in BVB dress.

According to information from sports picture Malen should therefore play for his future in Dortmund in the second half of the season. Above all, the attitude and the training performance should be improved, reports the paper.

The 23-year-old has made 17 appearances this season, but has only managed one goal and three assists. His working paper is dated in Dortmund until 2026.