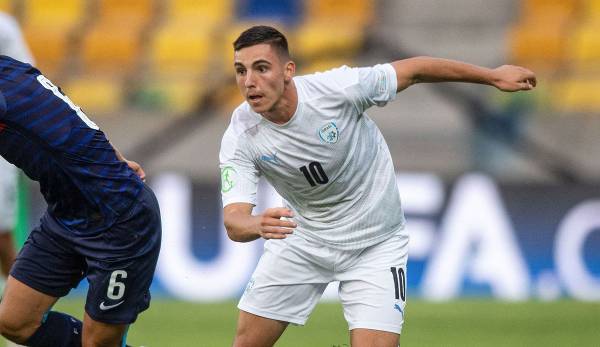 Borussia Dortmund is probably interested in an Israeli talent. BVB sports director Sebastian Kehl speaks at the trainers’ congress in Dortmund. You can find out everything about BVB here.

Here you will find the news and rumors from the day before.

BVB is apparently interested in Oscar Gloukh from Maccabi Tel Aviv. According to the Scottish newspaper Daily Record Glasgow Rangers, Ajax Amsterdam and Espanyol Barcelona are also said to be after the midfield jewel. Espanyol has probably already made an offer for 4.6 million euros. Gloukh has a contract with Maccabi until 2024.

The 18-year-old drew attention to himself in the past U19 European Championship. There, the attacking midfielder recorded two goals and two assists. Including Israel’s only goal in the 3-1 defeat in the final against England with BVB youngster Jamie Bynoe-Gittens.

From July 25th to 27th, the International Coaches Congress of the Association of German Football Instructors will take place in Dortmund. BVB sports director Sebastian Kehl will take part in the final panel discussion together with VfL Bochum coach Thomas Reis and Schalke sports director Peter Knäbel. There it should deal with various aspects of the main topic “Competence development of players and coaches”.

The Turkish national coach Stefan Kuntz is also listed as a speaker at the congress. The former U21 national team coach is said to be speaking about “player development using technical aids”.

“Under the guiding theme of competence development, we deliberately want to set different priorities in relation to the professional, amateur and youth areas. A special focus should be on the amateur area,” said BDFL President Benno Möhlmann.

Other experts are the DFB U20 coach Hannes Wolf and U selection head coach Meikel Schönweitz.

Matthias Sammer has praised BVB’s new head coach Edin Terzic for his influence during his interim tenure in the 2020/21 season. “Back then you could already feel that the team was shaped by the coach, players like Mats Hummels and Marco Reus stood behind him,” said the BVB advisor table football.

“The most important thing was the development. A high dynamic against the ball, a certain compactness, attacking schemes and playing with the ball were more and more recognizable,” Sammer continued. “An important focus was to see that the team believed in themselves and their path despite a difficult starting position – and despite a higher rhythm there were hardly any injuries.”

After the dismissal of Lucien Favre, Terzic led BVB into the Champions League and to victory in the cup. He then worked as technical director for Dortmund until he was offered the position of head coach after Marco Rose separated.