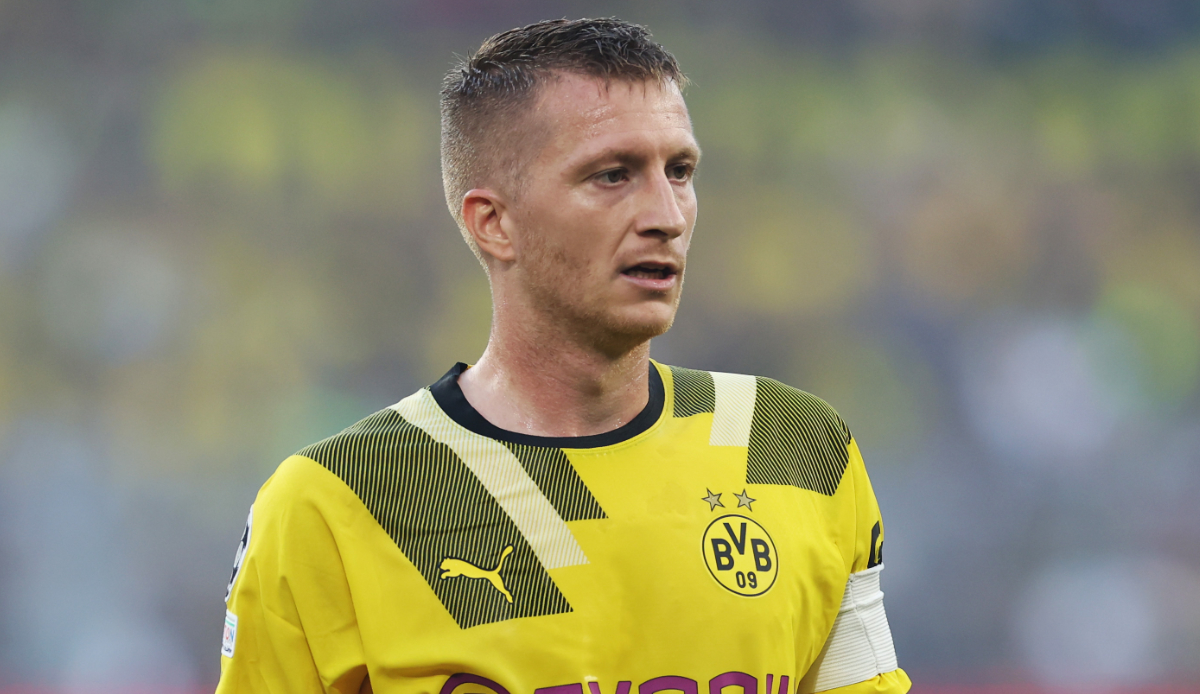 Borussia Dortmund has apparently started talks with the desired player Mohammed Kudus. Marco Reus threatens to fail against Eintracht Frankfurt. Also: Jude Bellingham talks about the upcoming World Cup in Qatar. You can find all the news and rumors about BVB here.

More news and rumors about Borussia Dortmund can be found here.

Marco Reus celebrated his injury comeback against Union Berlin almost two weeks ago after surviving an ankle injury. As the Ruhr news write, the use could have been too early.

Reus was no longer in the squad against VfB Stuttgart last weekend, and he also missed the Champions League game against Manchester City. According to the report, the offensive player suffered a setback in recovery and is now further out.

Because even in the top game at Eintracht Frankfurt on Saturday, a Reus mission is apparently ruled out. BVB did not train as a team on Wednesday, so Reus probably lacks too much time on the training ground for an assignment with SGE.

“Game of Shame!” Serious allegations against BVB and ManCity

The World Cup in Qatar is less than a month away. For Dortmund’s Jew Bellingham, however, that’s no reason to get nervous already. “With the frequency of the games – how fast and how hard they come – you don’t really have the opportunity to look ahead a few weeks,” said the youngster in an interview with the Sun. “You don’t think, ‘In a few weeks I could play at a World Cup!'”

There he is expected to play alongside West Ham midfielder Declan Rice. “Is someone I admire a lot. He’s a top player, a top player,” Bellingham gushed of the 23-year-old. “I’ve played with him a few times now for England and it’s been a pleasure. He allows me to do what I want to do with the ball, go forward, try to get in and around the box , he gives you protection, so we complement each other very well,” said the Dortmunder.

Bellingham is one of the absolute regulars in the Dortmund team this season. In 18 games he scored eight goals and prepared two more goals. His performances aroused the desires of some top international clubs, but the 19-year-old is contractually bound to BVB until 2025.

Grades: Only a Dortmunder makes for a collective groan

Borussia Dortmund’s interest in Ajax Amsterdam’s Mohammed Kudus has been circulating through the rumor mill for several weeks. According to the pay TV channel sky there should now have been talks between the parties for the first time.

Accordingly, talent manager Otto Addo could also play a role. In addition to his work in the junior division of the black and yellow, the 47-year-old also coaches the national team of Ghana – Kudu’s home country.

At BVB, Kudus was primarily discussed as the successor to Jude Bellingham should the Englishman actually leave Dortmund next summer. Some top clubs knock on the 19-year-old’s door, a transfer is no longer unlikely.

Then kudus could come into play. The 19-year-old can be used both offensively and centrally in midfield. For Ajax he even played as a center forward a few times this season. His contract with the Netherlands runs until June 2025.