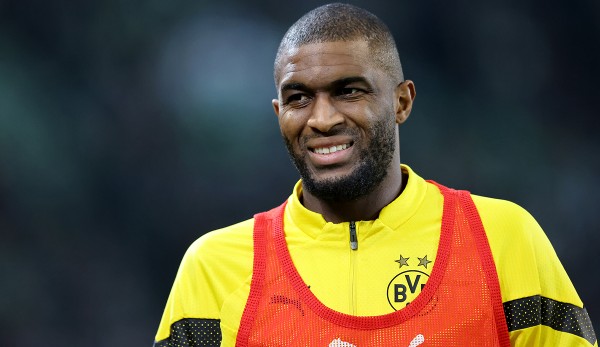 BVB will apparently end the cooperation with a trio after the season at the latest. Other players may also go. In addition, Borussia has announced an immediate newcomer. The latest news and rumors about Dortmund can be found here.

BVB, rumor: Cooperation with trio will probably end in summer at the latest

At BVB, a change in the squad is imminent in the summer. As the sports picture reports, the cooperation with a trio ends at the latest then. It is said to be Anthony Modeste, Felix Passlack and Raphaël Guerreiro. Passlack was already associated with a farewell in winter, but so far no solution has been found. Guerreiro is set to be replaced by Gladbach’s Ramy Bensebaini in the summer. Modeste is not the first choice up front, in all cases the contracts end after the season.

The contracts of the veterans Mats Hummels and Marco Reus are also expiring, with them only being extended to significantly lower basic salaries. The planning is made more difficult by the unclear situation surrounding Jude Bellingham, who could bring in up to 150 million euros for BVB.

However, he has not yet made a decision about his future. Staying beyond the season doesn’t seem completely out of the question either, as there have been no offers so far. Thus, the financial framework for reinforcements would be significantly lower.

With Emre Can, Nico Schulz and Thorgan Hazard, three strike candidates are still tied until 2024. BVB would like to give this up earlier in order to save the annual costs of around 20 million euros. “What happened in Dortmund in this respect in recent years was Schalke and HSV at a high level: They brought in too many players who did too little but earned too much,” said Dietmar Hamann sports picture.

In addition to Bensebaini, the commitment of a right-back – Fenerbahce’s Ferdi Kadioglu is being traded – and a six-man priority in the summer. “BVB has to build a new image. With players who don’t just play for the money, but are willing to work to be successful and work their butt off for the fans every week. That requires a lot of negotiating skills and smart recruiting. “

“We have great sporting challenges ahead of us, for which we need defensive stability. Julian Ryerson is an intelligent player and, in a positive sense, very aggressive defender. His profile, his character and his desire to leave the pitch as a winner at all costs are pleasing very much for us”, sporting director Sebastian Kehl commented on the transfer.

“It’s not easy for me to leave Union Berlin, because I owe a lot to this special club, my teammates, the staff and the fans,” Ryerson said: “I will always have fond memories of my time at the Alte Försterei. Now I’m looking forward to a new chapter at Borussia Dortmund and want to help BVB achieve their goals in the Bundesliga, Champions League and DFB Cup.”

Here is the news.