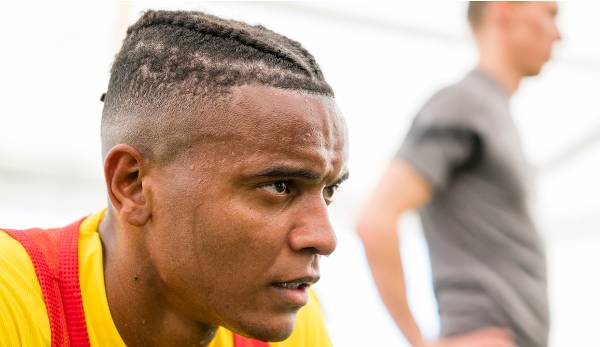 BVB, News: The duel with Erling Haaland was a key moment for Nico Schlotterbeck

Nico Schlotterbeck has described his first meeting with Erling Haaland as a key moment in his career. During his time at SC Freiburg, today’s BVB player sometimes had doubts about his abilities.

The 22-year-old played well in SC Freiburg’s 2-1 win over BVB last season, and the superstar didn’t score. “In the game I realized how good I can be,” Schlotterbeck said table football.

Dortmund will need these qualities again next Wednesday. Then it’s down to business against the Norwegian and Manchester City in the Champions League. “You attack together, you defend together. It’s a group, so it’s a team sport,” Schlotterbeck said, making it clear that no private duel is to be expected.

Erling Haaland is not the only former BVB professional at City. Manuel Akanji is now also part of Pep Guardiola’s team – and the star coach relied directly on the central defender in the first Champions League game against Sevilla.

The 27-year-old scored points in City’s confident 4-0 win. “Manuel was very dominant physically and made a good impression straight away,” said former Manchester defender Nedum Onuoha. “Forwarders don’t like being constantly under pressure. He reminded me of Vincent Kompany in that respect,” said Onuoha.

Of course, the Swiss hopes for more appearances, especially against BVB. However, with Kyle Walker and John Stones, two regulars are fit again and could prevent the player and club from seeing each other again on the pitch.

For BVB coach Edin Terzic, the situation around the black and yellow hospital remains problematic. Karim Adeyemi and Donyell Malen are doubtful. “Karim and Donny increased their workload and were at 80 or 90 percent at the end of the week,” said Terzic in Leipzig and expressed the hope “that it wouldn’t be too long.”

Adeyemi is recovering from a toe injury and Malen from a muscle injury. The use of Thorgan Hazard is also not safe. Terzic definitely has to do without Jamie Bynoe-Gittens. The 18-year-old shooting star is out longer because of his shoulder injury.

One option would be Justin Njinmah. The 21-year-old made his professional debut against RB Leipzig. “Edin will tell me whether it’s enough for use in the premier class,” says the talent. Njinmah came on loan from Werder Bremen in the summer and mainly plays in the second team. In the summer, BVB has a purchase option for the attacker.

BVB, News: Sebastian Kehl does not skimp on criticism

BVB boss Sebastian Kehl was tough on his team after the game against Leipzig. “We were aware that Leipzig would show a high level of intensity under Marco Rose and play clearly and purposefully behind the chain. But we didn’t understand how to stop these strengths,” he said Ruhr news.

At the table football Kehl followed up again. BVB was “far too slow and static throughout the season”. “Leipzig was clearer and more aggressive in action. We, on the other hand, missed a lot,” said the 42-year-old. “Ball losses in Leipzig’s pressing zones” have “put themselves in difficult situations”.

“Even if we lacked speed on the pitch, it would have made sense to play over their lines more often, so as not to give them the opportunity to press us in the first place. We didn’t succeed,” said Kehl.

“We could have put a bigger gap on our rivals and continued our run with a win. To be honest, we didn’t deserve that,” Kehl said annoyed at the missed opportunity. “The pace from the wingers was definitely something we missed. We don’t have to beat around the bush. There were too many easy turnovers, even in spaces that hurt us,” he continued.

Kehl doesn’t want to spoil the fun in the premier class: “We’re disappointed with the defeat in Leipzig, but we’re still going to Manchester full of anticipation.”

Bundesliga: The top half of the table