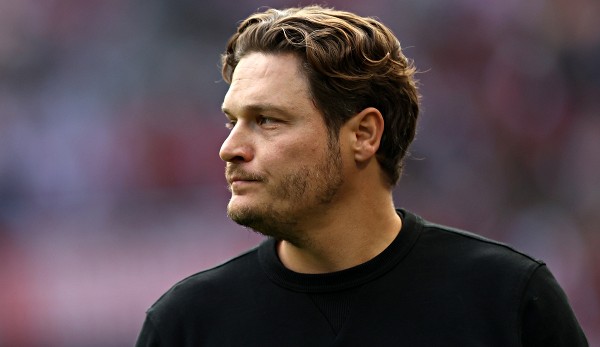 More news about BVB from the previous days:

With only 25 points from 15 games, Borussia Dortmund played a weak first half of the Bundesliga season. “Of course we will have to face the criticism: have you really worked as hard as never before?” threw BVB trainer Edin Terzic in an interview with the sports picture into the room, and answered himself: “That’s something we need to work on.”

Furthermore, the attitude is not perfect either: “Are we really more positive than ever?” He brought his own topic into the interview. Borussia “posed before the season and emphasized” how difficult it would be with the upheaval in the dressing room, with the coaching team and on the executive floor. But the expectations that arose in previous years could not have been bent with that. An expectation that one “does not live up to”.

“In my opinion, something that has developed over the years and gone in a negative direction cannot be changed with words within a few weeks or months,” said the Borussia coach. It cannot be solved at the push of a button, even if one would wish for it. In addition to the change in personnel, the absence of Sebastien Haller, for whom BVB “fought for a very long time”, messed up many plans.

Summer newcomer Anthony Modeste has not yet arrived at BVB. In 20 games, the Frenchman only scored two goals and one assist, but coach Edin Terzic does not want to call him a flop.

“It was absolutely right to get him. He came to us at very short notice, only came in for the third competitive game, had no preparation with us,” he told Modeste sports picture in protection.

Also from the point of view of the striker, a move to Dortmund made sense, after all Modeste fulfilled his dream of the Champions League. “He had scored more than 20 competitive goals in Cologne and that was something we were missing. Not just the age and the experience in this position. He gives us a quality with high balls on the offensive that we have very rarely seen in recent years had,” says Terzic.

Terzic also did not want to accept the criticism that the 34-year-old striker snatched important playing time away from a talent like Youssoufa Moukoko. “We wanted a player who wouldn’t get in the way of Youssoufa Moukoko. You have to find someone who will sign for a year first, because then Sebastien Haller will come back.” Modeste was therefore a “very conclusive and logical decision”.

However, Terzic also gave positive words about the mood at Borussia Dortmund. Especially at home games this was “outstandingly good”. Together as a club, improvements have been made here that can also be seen in sporting terms: Apart from the late 2-3 defeat against Werder Bremen and the 2-2 against FC Bayern, BVB won all other home games.

“We managed to score a lot of points at home,” praised the coach, “that wasn’t always the case in the past.” Borussia wanted to use the energy in the stadium to “build a fortress” – with success.

BVB, News: Salih Özcan on his move and consistency at Borussia

Summer newcomer Salih Özcan spoke in an interview sky about his move to Borussia Dortmund. Due to his injury, he had a difficult start. But now he wants to “recall my performance on the pitch” and do better in the second half of the season. Especially the high “individual class at BVB” is something very special.

Özcan does not see a problem with consistency at Borussia Dortmund. You’ve “played good, good games”, even if there were “one or two games” that you didn’t deliver. “We’ll analyze that,” he announced. “We just have to stay with us and get the best out of the second half of the season.”

Christian Pulisic is said to be dissatisfied with his playing times at Chelsea. Even if, according to the English media, he wants to continue to assert himself with the Blues, the winger can, according to the report picture imagine playing for Borussia Dortmund again.

It may be difficult because of the high salary. Pulisic probably earns around 10 million euros a year at Chelsea. Too expensive for BVB. As a result, a winter change is not an option. Since Chelsea probably want to sell the ex-Dortmunder cheap in the summer, the change could be exciting in the coming season.

There was also an update after Christian Pulisic’s injury in the USA World Cup game. The association announced that it was a pelvic contusion and that Pulisic’s fit was checked day by day. The star himself, who was injured in the USA’s winning goal, was positive on Instagram: “I’ll be ready on Saturday!” Posted the former Dortmunder.