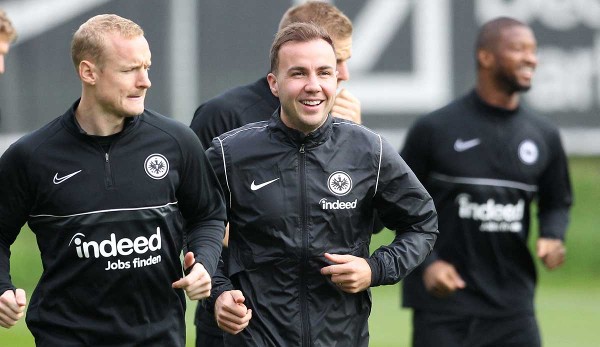 The ball is still dormant in the Bundesliga, but soon the clubs will start winter preparations for the upcoming second half of the season. Dates, friendlies, training camps – here you can see the timetable of Eintracht Frankfurt.

Until December 18, 2022, the attention of football fans belongs to the World Cup in Qatar, where the semi-finals, the third-place match and the final still have to be played. With France’s Kolo Muani and Croatia’s Kristijan Jakis, two Frankfurters are still in the tournament for the fight for the most prestigious trophy in football.

Not long after that, however, preparations for the second half of the season finally begin again in the Bundesliga, and Eintracht Frankfurt is also looking forward to returning to the pitch with anticipation.

The following delivers you SPOX the Frankfurt timetable during the winter break.

Match operations in the Bundesliga have been on hold for a month because of the World Cup in Qatar, but the winter break for the Eintracht players only began last Friday – after the penalty shootout victory in the friendly against Serie A top club Atalanta Bergamo. The players have three weeks of vacation before the first winter preparation training session takes place in the Main city on Tuesday, January 3, 2023. The day after (January 4th), the ten-day winter training camp begins, which the reigning Europa League winner will complete in the United Arab Emirates.

Coach Oliver Glasner’s team will hold their training sessions on the courts of the Nad al Sheba Sports Complex in Dubai. “Due to the enormous strain in the first half of the season and the upcoming challenges in spring, it is all the more important to focus completely on the sporting preparation under stable conditions. In terms of weather safety, space quality and infrastructure, we find optimal conditions there,” said the Austrian.

Two friendlies are also planned as part of the training camp in Dubai. Against whom is not yet clear. On January 14, 2023, they will return to Germany for a tough second half of the season with games in three competitions – Bundesliga, DFB-Pokal and Champions League. The SBU is playing the first game of the new year in the Bundesliga. On January 21, FC Schalke 04 will be welcomed at their home Deutsche Bank Park.

Frankfurt is in a strong fourth place in the Bundesliga table, so as of now it would even have qualified directly for the Champions League.