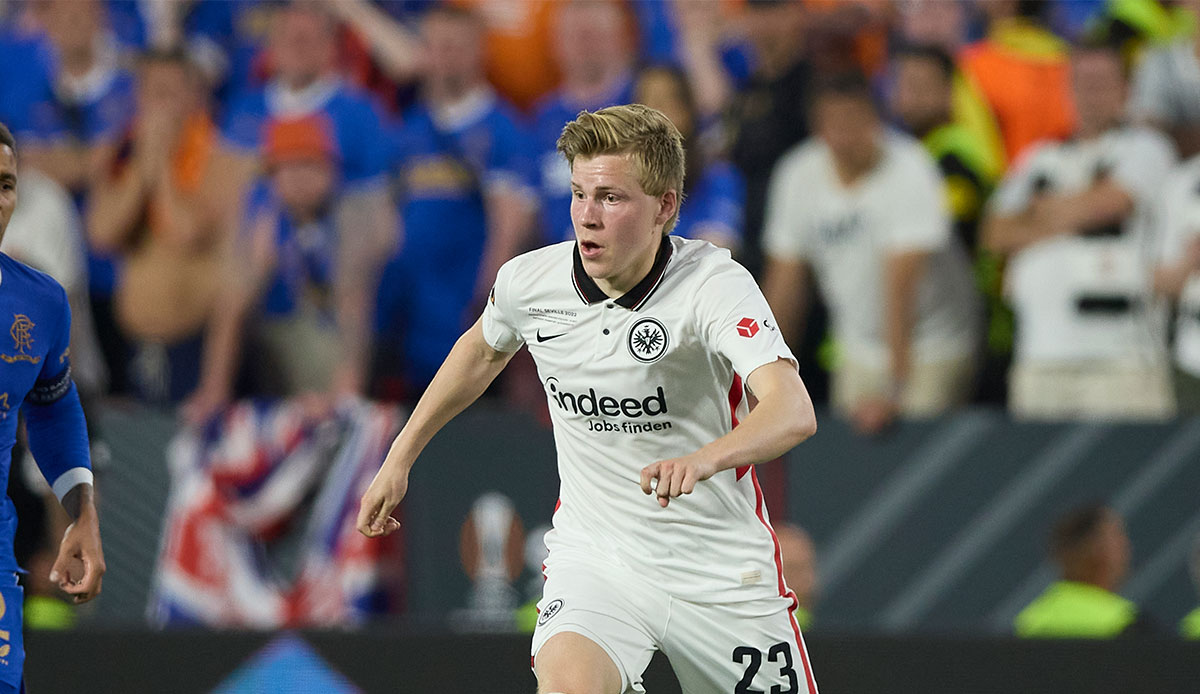 As Eintracht announced on Saturday, the 22-year-old, previously on loan from AC Milan, is now “under contract until 2026 thanks to an activated purchase option”. According to media reports, the transfer fee anchored in the option is around seven million euros.

Offensive player Hauge had scored two goals in 26 Bundesliga appearances. He played 12 of 13 games in Frankfurt’s Europa League triumph and came on as a substitute in the final.