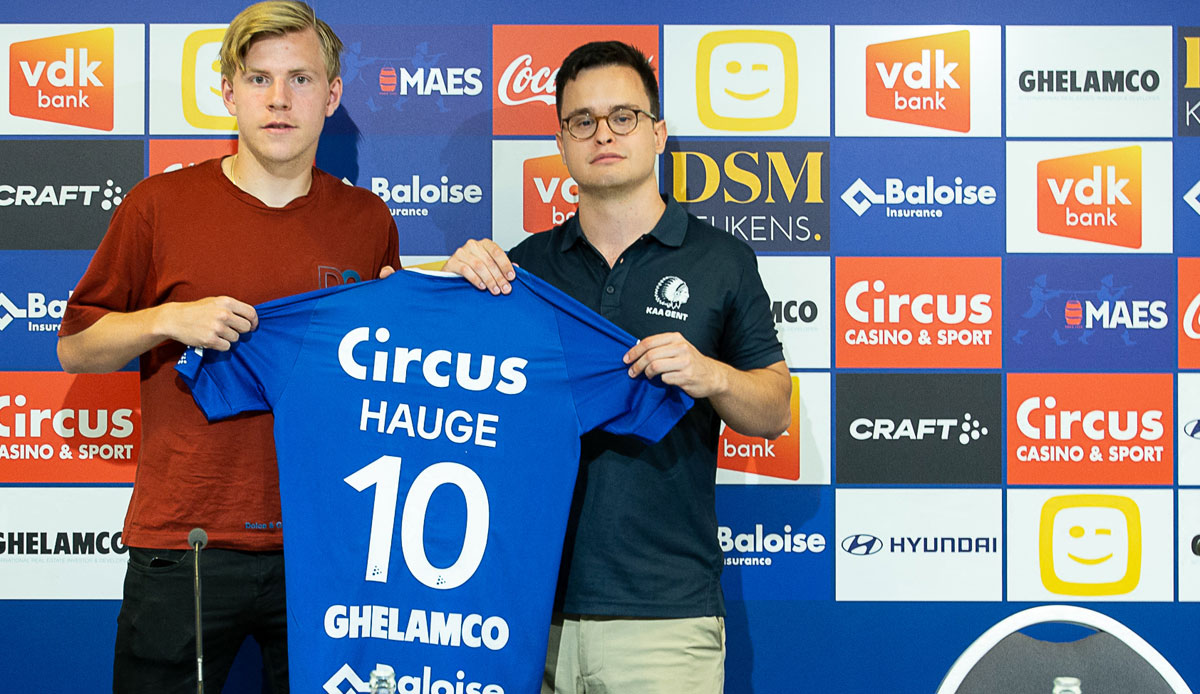 Attacking player Jens Petter Hauge from Bundesliga club Eintracht Frankfurt is on loan to Belgian cup winners KAA Gent until the end of the current season.

The SGE confirmed this on Tuesday. Hauge was signed on loan from AC Milan this summer but has not featured in his first three competitive games. The 22-year-old still has a contract in Frankfurt until 2026.

“In the past few years we have had very good experiences with lending potential players to Belgium. Jens Petter has great facilities, but at his age he needs regular competition practice,” said sporting director Markus Krösche.