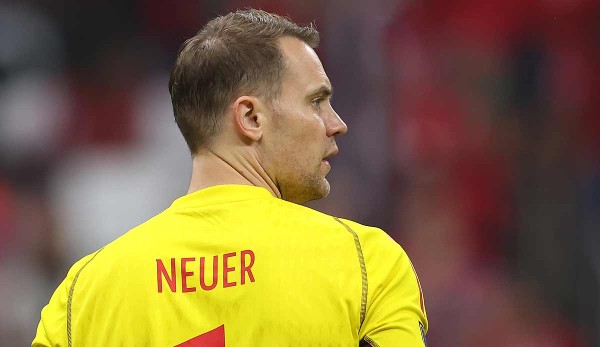 Manuel Neuer has to end the season early due to a broken leg. The captain of Bayern Munich is apparently already making plans for a comeback. The use of Noussair Mazraoui for Morocco in the World Cup semifinals against France is questionable. And: Julian Nagelsmann is a guest at the biathlon in Hochfilzen. All news and rumors about FCB can be found here.

FC Bayern, News: This is how Manuel Neuer is planning his comeback

Manuel Neuer apparently immediately looked ahead after the injury shock. As sports1 and picture report, Neuer is aiming for a return as number one for the coming season. At the start of the preparations, the 36-year-old wants to be fully resilient again.

Neuer does not waste thoughts of prematurely ending his career after breaking his lower leg. A resignation from the national team is apparently not an issue either. Noisy sports1 plans national coach Hansi Flick with a view to the home European Championship 2024 with Neuer as the first goalkeeper.

Neuer broke his lower leg while ski touring on Friday. The Munich captain will be out for the rest of the season. New long-time backup Sven Ulreich is available as a replacement. Noisy sky However, FC Bayern is also thinking about an early return campaign from Alexander Nübel. The ex-Schalke player is on loan to AS Monaco until the end of the season. However, Bayern would first have to come to an agreement with the Monegasques. (Here are questions and answers about Manuel Neuer’s season out)

Noussair Mazraoui had to pass the historic semi-finals of the Moroccan national team at the World Cup in Qatar. “He’s ill,” said coach Walid Regragui, explaining the left-back’s absence in the quarter-finals against Portugal (1-0).

The coach is hoping for the 25-year-old’s return ahead of the semi-final against France on Wednesday (20:00 CET). “I’m confident he’ll come back. He’s important for my system and the team,” said Regragui.

Mazraoui had to be substituted in the opening game against Croatia (0-0) due to problems with the hip flexor. But then he was in the starting XI three times. The defensive player had switched from Ajax Amsterdam to FC Bayern on a free transfer before the season. Morocco became the first African team in World Cup history to reach a semi-final by beating Portugal.

World Cup 2022 in Qatar: The semi-finals at a glance

FC Bayern, News: FCB has the most players in the World Cup semi-finals

As is well known, the German national team with Bayern stars Manuel Neuer, Joshua Kimmich, Thomas Müller, Leon Goretzka, Thomas Müller, Leroy Sané and Serge Gnabry had to give up in the preliminary round of the World Cup. Nevertheless, a large fraction of the German record champions continued to fly the Bayern flag at the tournament in Qatar.

A total of six Bayern players are represented in the semifinals. No club team has more players in the semi-finals of the finals. FC Sevilla and Atlético Madrid follow behind with five players each.

The largest faction is formed by the four Frenchmen Kingsley Coman, Benjamin Pavard, Dayot Upamecano and Lucas Hernández, who, however, can no longer participate in the first game due to a cruciate ligament rupture. The remaining Bayern sextet at the World Cup will be completed by Noussair Mazraoui (Morocco) and Josip Stanisic (Croatia).

Prominent grandstand guest at the Biathlon World Cup in Hochfilzen: Julian Nagelsmann kept his fingers crossed for the German athletes in the dense snowstorm on Saturday. And his support helped: the men’s relay secured third place after a great race to catch up. Afterwards, the biathletes posed for a photo together with the FC Bayern coach.

“It’s a great honour, even though I’m of course loyal to SC Freiburg,” admitted final runner Benedikt Doll after the race. “Internationally, FC Bayern is of course a super big number.”

His relay colleague Roman Rees, himself a Bayern fan, added: “That doesn’t change my day because the Bayern coach is here. But I think it’s really cool that he looked at it. We made small talk, But more important for me today was biathlon.”

Nagelsmann himself did not comment. On January 3, the coach of the record champions invites the pros from FCB to the start of training on Säbener Straße.