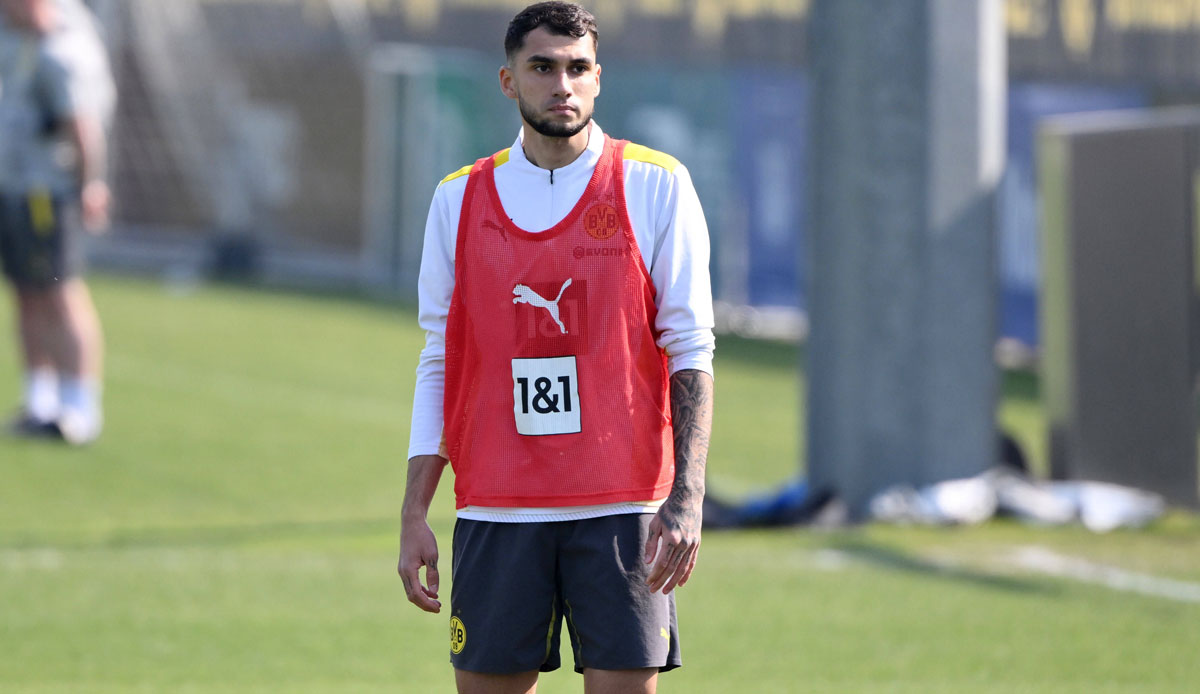 For Alan Aussi, constantly checking his cell phone is both hope and torment. “Two of my best friends are on the front line. I try to contact them every day, to find out if they are alive,” says the Ukrainian guest from Borussia Dortmund. “Every day can be the last.”

A slight shake of the head, followed by a sentence that conveys the insane inner turmoil of the shy young man in the BVB hoodie: “And I’m safe here and I’m playing football.”

He hopes, he says afterwards, “that there will soon be peace in Ukraine. That the country will win.” Maybe also that his country will still exist at all.

Alan Aussi, 20 years old, professional soccer player, ended up in Dortmund while fleeing the Russia of the despot Vladimir Putin. “I was very lucky,” he says.

He keeps fit with BVB U23 and will wear the black and yellow jersey in the benefit game against his home club Dynamo Kyiv on Tuesday (6 p.m. in LIVETICKER). 25,000 tickets have been sold, Ukrainians have free entry.

Alan Aussi finds it extremely difficult to concentrate on cross passes, shots on goal and headers when it’s raining bombs at home. Football is what he can do, he says, his way of helping his country. “It is important that we can collect as many donations as possible. Many people need the money to live, to eat, to have a roof over their heads.”

Borussia didn’t hesitate for a minute. “Because we all sympathize and because we are all very shocked,” said coach Marco Rose: “It’s a humanitarian and human catastrophe. We want to send out signals, but unfortunately we can’t do more.”

The proceeds from the game will benefit an organization that helps Ukrainians in need. “Whether BVB fan or not – everyone is called upon to buy tickets in order to set a globally respected, solidarity sign against the war and for peace in Europe,” the club wrote on its website. One half will be officiated by FIFA referee Denys Schurman, who fled Ukraine.

Alan Aussi sees the game as an opportunity. A chance for distraction, also a chance to convey sympathy. A sporting opportunity too. Who knows if and when professional football can be played again in their country?

The central defender always has one thing in mind: “Are my friends doing well?”