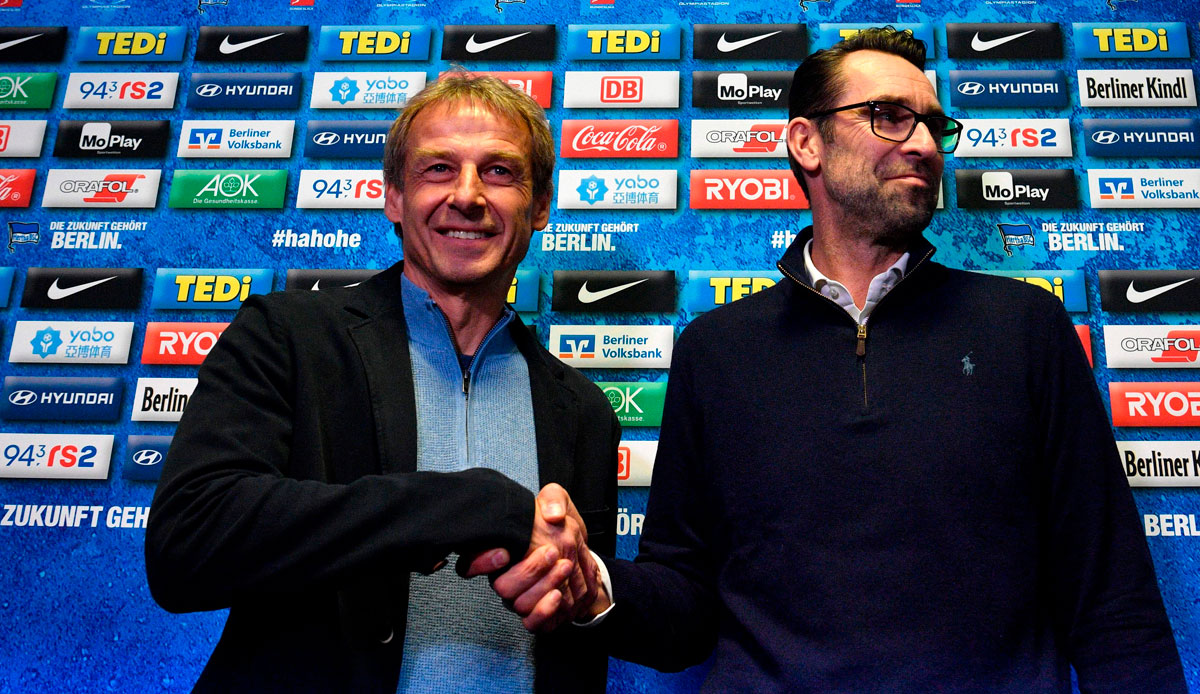 Michael Preetz, former managing director at Hertha BSC, commented on the sudden end of Jürgen Klinsmann in Berlin. The former national coach announced his immediate resignation as head coach via Facebook in February 2020.

“The sporting success was tolerable, the grip on power in the club was relatively pronounced, but nobody wanted to give it to him,” said Preetz sports1-One pass over Klinsmann. “That culminated in one of the most irresponsible actions the Bundesliga has probably ever seen, in which he simply packed his bag and rode off the farm – in a situation where he bore all the responsibility for the team.”

The longtime Herthaner also commented on Klinsmann’s statement that Preetz was “the biggest whistle under the sun”: “It is clear that there has been no communication since the day he turned his back on us. Jürgen and I have no contact. What I couldn’t anticipate was that someone would take on responsibility at a Bundesliga club and then give up the beg overnight.”

In addition, Preetz addressed the conflicts with the controversial investor Lars Windhorst: “When we brought the investment group around Lars Windhorst on board, a dynamic developed that resulted in Windhorst deciding to bring Klinsmann as his advisor and also to put him in the To delegate the club’s supervisory board. Windhorst hadn’t discussed that with me or anyone else in the club. The fact that the cooperation failed was primarily a communication problem. It didn’t work from the start.”

Preetz, who had to retire in Berlin after 25 years in January 2021 and has since had no job, is now ready to return to football: “Hertha has been the longest chapter of my working life, it’s now over and done with. I’m fit, relaxed and full of energy and want to take on a new task.”