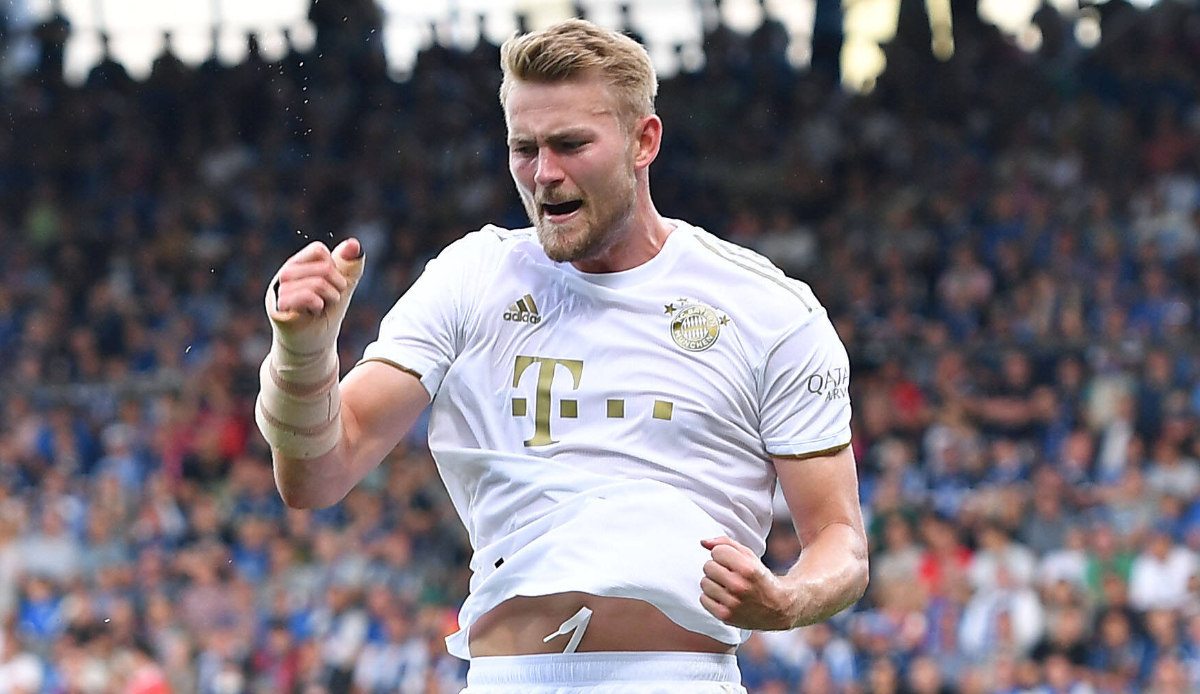 A goal by Matthijs de Ligt in FC Bayern Munich’s away game against VfL Bochum caused a stir. It was suspected that the Dutchman handed the ball into the goal. That turned out to be a mistake.

Starting XI debut and goal debut for FC Bayern’s new central defender. After a corner kick from Joshua Kimmich, de Ligt was on the right track and put the ball behind the passing VfL keeper Riemann to make it 2-0. But was it a regular goal? As the slowed down shots suggested, there was a delicate touch on the goalscorer’s forearm.

In the half-time break it was finally clear that it wasn’t De Ligt, but Bochum’s Cristian Gamboa who had last touched the ball with his hand. The arms of the opponents had gotten caught in the aerial duel.

Had de Ligt handled the ball just in front of the goal, the goal shouldn’t have counted. Even if there was no intention or an unnatural movement by the Dutchman.

These criteria are no longer decisive as to whether a goal counts or not: If a player maneuvers the ball into the goal himself after contact with his hand, the whistle is blown. This rule has been in effect since the start of the 2021/22 season. The important thing now is: if the ball hits your hand and goes straight into the goal, the goal doesn’t count. And: If the ball hits the hand and the player scores a goal immediately after contact, it doesn’t count either.

After a lengthy review by VAR, the referee team correctly decided on goal. “I had no idea what the referee was talking about. Luckily the referee didn’t see it as being my hand,” said de Ligt after the game.

Curious: Just a few minutes later, the rule came into play when Sadio Mané failed to score. The ball had previously bounced off the post to the Senegalese’s hand and then into the goal.

De Ligt was happy afterwards: “First goal, first assist, that’s fantastic too. Fantastic to score a goal and not concede one. We kept our focus and scored seven goals.” He is also relaxed about the fact that he was on the bench in the first competitive games: “Of course every player wants to play. But I came as a new player. They told me that it was important to get fit and focus to discontinue our high-intensity playstyle.”