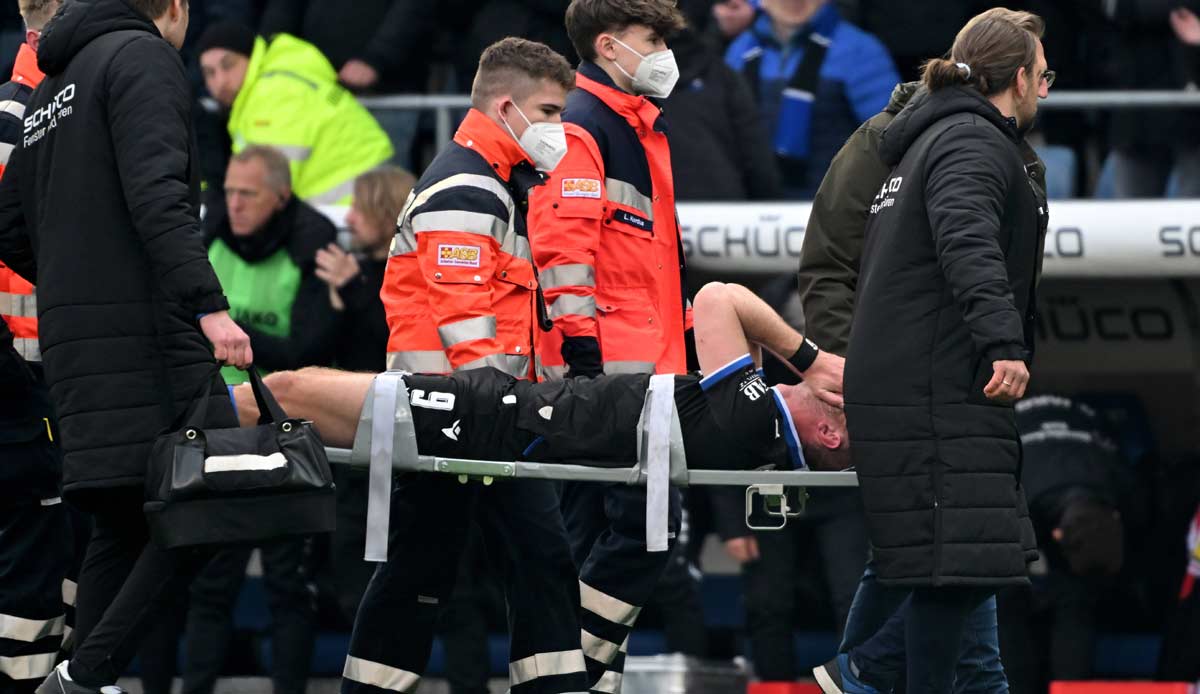 The Bundesliga club Arminia Bielefeld, threatened with relegation, has to do without attacker and club icon Fabian Klos for the time being due to a serious head injury. This was announced by Arminia on Sunday.

The 34-year-old suffered a serious head injury in an unfortunate collision with his team-mate Alessandro Schöpf in the home game against VfB Stuttgart (1-1); he is temporarily out.

However, the East Westphalians did not give any details about Klos’ injury. The striker, whose contract with Arminia expires at the end of the season, suffered a serious facial injury in 2013.

After the collision with Schöpf, the surrounding players immediately indicated that paramedics were needed. Because the doctors jogged slowly to the scene of the accident rather than rushing towards it, VfB striker Sasa Kalajdzic ran towards them, picked up the stretcher and sprinted in the direction of the toilets.

“I think Sasa just went too slow. And since he felt his speed was superior to the paramedics, the whole thing was sped up a bit. I find that extraordinary. I want to thank him because it’s about him nothing but Fabian Klos,” said Bielefeld’s coach Frank Kramer, acknowledging Kalajdzic’s “extraordinary action”. “It shows that despite the rivalry, the boys still have a good relationship. You often forget that.” Kramer added: “These days, such small signs are simply important and have to be tackled, even if it’s not about your own jacket.”