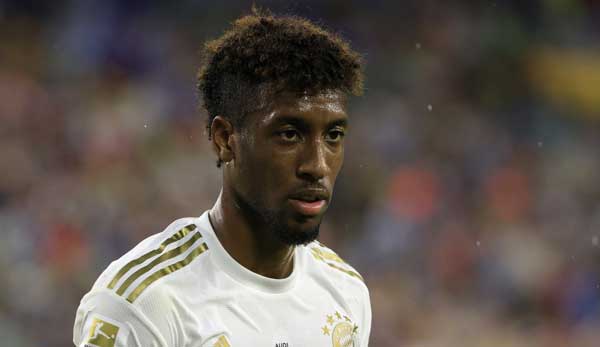 The Bundesliga season starts today with the top game between Eintracht Frankfurt and FC Bayern Munich. Failures, squad, staff, expected line-up – SPOX provides you with the most important information on the staff situation of the two clubs.

It starts again! The 60th edition of the Bundesliga will open this Friday, August 5th, with a bang between Eintracht Frankfurt, reigning Europa League winners, and champions FC Bayern Munich. The game will be kicked off at 8:30 p.m. The stadium is Frankfurt’s Deutsche Bank Park, the home of the SGE.

FC Bayern strengthened their squad with numerous top players in the summer, above all they managed to free Sadio Mane from FC Liverpool and Matthijs de Ligt from Juventus Turin. They also brought in two players from Dutch champions Ajax Amsterdam, Noussair Mazraoui and Ryan Gravenberch. At Eintracht Frankfurt, ex-Bayern star Mario Götze is the most prominent transfer.

Some of the newcomers will also be able to celebrate their league debut for their new club today, but on the other hand there will also be a lack of regular players at the start.

Bayern’s Leon Goretzka cannot be there due to knee surgery against Eintracht. The central midfielder is not expected to return until mid-September. Kingsley Coman is also not allowed to play for strange reasons: on matchday 33 of last season, the Frenchman received a red card for a slap in the face against Stuttgart defender Konstantinos Mavropanos, which should exclude him for a total of three competitive games and still have an effect across the seasons.

Eric Maxim Choupo-Moting has just had kidney stone surgery and will also miss the league opener. “The surgery went well and I’m back in advanced training,” the Cameroonian announced on Instagram. Manuel Neuer is likely to be ready to play again after a gastrointestinal upset. “It’s better today, if things continue like this he will be able to play in Frankfurt,” said coach Julian Nagelsmann at the press conference before the game. Mathys Tel, another Bayern new signing, has already received his playing license and will at least be in the squad.

Eintracht Frankfurt, on the other hand, will have to do without Aurélio Buta (knee surgery), Jérôme Onguéné (strain) and Hrvoje Smolcic (suspended).

Eintracht Frankfurt vs. FC Bayern Munich: Expected line-up at the start of the Bundesliga

Sat 1 was commissioned today to broadcast the start of the Bundesliga, so the top game can not only be broadcast on free TV, but also in a free live stream via ran.de pursue.

Because the rights to the Bundesliga Friday games this season DAZN lie, the streaming service also takes over the transmission of Frankfurt vs. FC Bayern. The first live images from Frankfurt are already delivered at 7.30 p.m., Uli Hebe and the expert Sandro Wagner comment on the game, Laura Wontorra takes on the role of moderator, Alex Schlueter acts as a reporter on site.

In addition, the “Netflix des Sports” is also offering the Sunday games of the Bundesliga and other top European leagues this season. In addition to football, sports such as tennis, darts, US sports (NFL and NBA), martial arts, winter sports, wrestling and even more make up the diverse range of live streams from DAZN.

Eintracht Frankfurt vs. FC Bayern Munich: The Bundesliga start in the live ticker

at SPOX you will also find a live ticker for the game, which describes the most important events for you every minute.

Click here for the live ticker of the game between FC Bayern Munich and Eintracht Frankfurt.