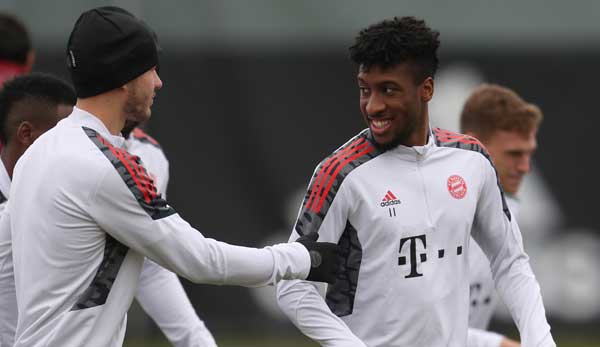 On the upcoming weekend, the 31st match day of the Bundesliga, FC Bayern Munich and Borussia Dortmund will face each other in the German Clasico. SPOX therefore looks at the personnel situation at FC Bayern and provides information on the following points: failures, squad, personnel, expected line-up.

FC Bayern Munich can secure their tenth championship in a row in the classic against Borussia Dortmund on the 31st match day of the Bundesliga. Four laps before the end, the record champions lead the table with nine points over BVB. With a win, Bayern would be uncatchable in first place until the end of the season.

The duel between the two rivals will take place on Saturday, April 23 at Munich’s Allianz Arena. It’s the last of six Bundesliga games that day, with kick-off at 6:30 p.m.

FC Bayern won the encounter in the first half of the season away in Dortmund 3-2. Back then, it was Robert Lewandowski twice and Kingsley Coman once who scored for FCB, while Julian Brandt and Erling Haaland scored for the Black and Yellows.

In the following, SPOX explains the personnel situation at FC Bayern, lists the failures and shows what the line-up for the top game at the weekend could look like.

Compared to the 3-0 win against Arminia Bielefeld last Sunday, a number of injured players are back in the squad against Borussia Dortmund. Lucas Hernandez was substituted in the Champions League second leg against Villarreal and then missed the game against Arminia with a hamstring injury. Now the central defender should be fit enough again, he trained again on Wednesday. The same applies to Niklas Süle (flu infection) and Kingsley Coman (muscular problems). Both are expected to be back in training and in the FC Bayern squad.

On the other hand, it is unlikely that Corentin Tolisso will play, who has to pause for a few more weeks after his injury in the game against SpVgg Greuther Fürth (torn muscle fiber). Bouna Sarr did some running training, but it’s probably too early for him too. Eric Maxim Choupo-Moting and Chris Richards were also absent from practice on Wednesday.

With a view to the squad and injury situation, coach Julian Nagelsmann can draw on almost everything against BVB, none of the usual regular players are missing, so Munich will probably play in the 4-2-3-1 system.

FC Bayern Munich vs BVB: The past five encounters

The record of the past classic duels speaks for itself: FC Bayern Munich won all five of the past five meetings with the rival from Dortmund.