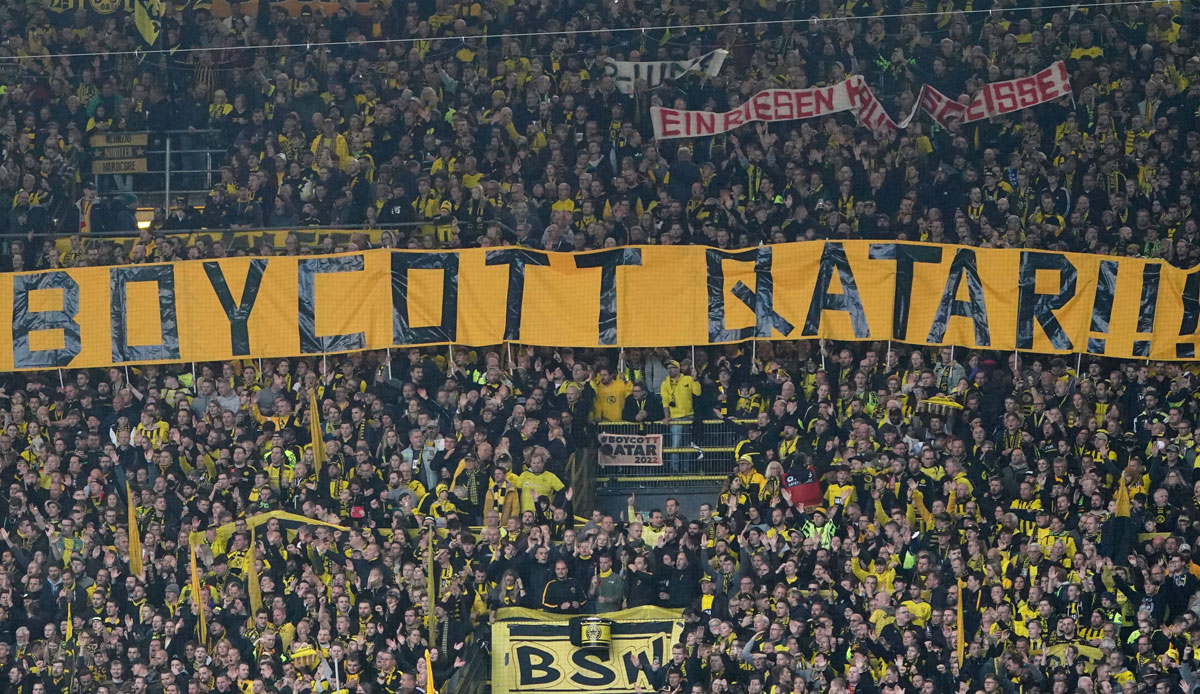 During the two games between FC Bayern Munich (at Hertha BSC) and Borussia Dortmund (against VfL Bochum) there were protests against World Cup host Qatar.

“15,000 dead for 5,760 minutes of football! Shame on you,” read a banner in the Berlin block before FC Bayern’s 3-2 victory. Numerous other posters in the Olympic Stadium went in a similar direction, alluding to the repeatedly criticized situation of guest workers in the Arab Emirate. “Disrespect for human rights” or “air-conditioned stadiums instead of climate protection,” it said, among other things.

In addition, a huge poster with the inscription “Boycott Qatar 2022” was emblazoned on the back straight during the entire game at the height of the halfway line.

In Dortmund, too, BVB fans expressed their displeasure in the 3-0 win over Bochum. In addition to a huge “Boycott Qatar 2022” banner, it was sometimes said: “More deaths than minutes played” or “Chilled beer instead of chilled stadiums”.

Another poster read: “At the expense of thousands of lives, into the next rain of money.”

World Cup: protests against Qatar also in the 2nd Bundesliga

There had already been protests against the World Cup in Qatar during the second division game between Fortuna Düsseldorf and FC St. Pauli.

The tournament will take place from November 20th to December 18th.