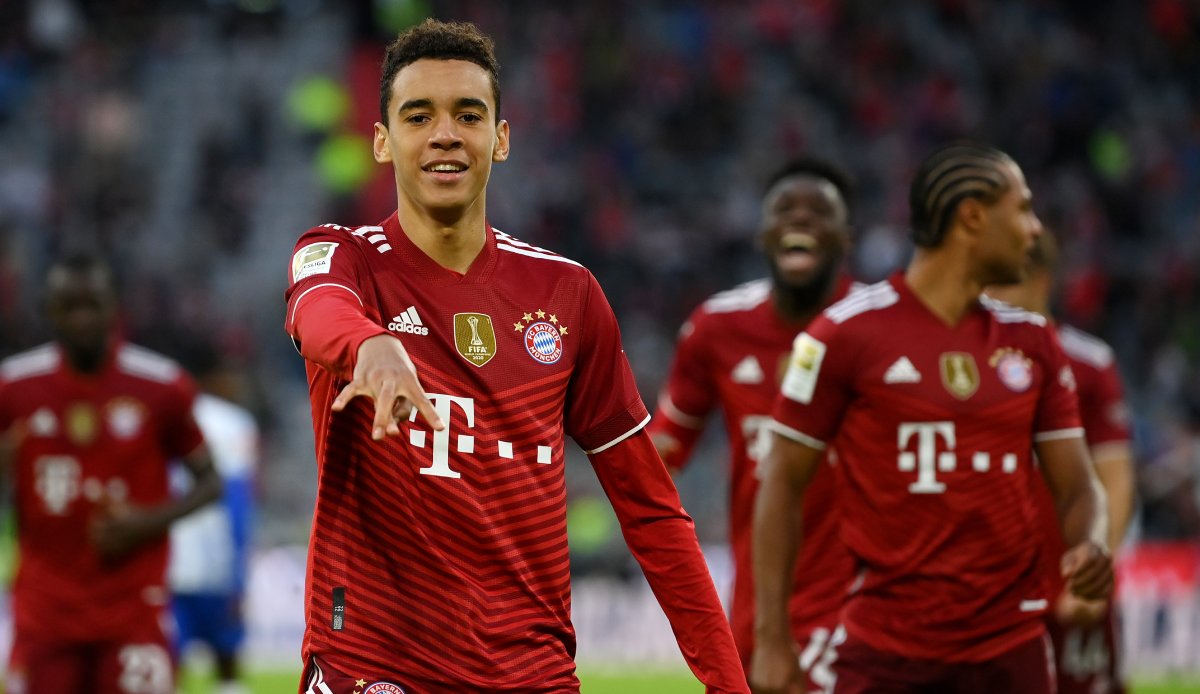 Bayern Munich coach Julian Nagelsmann hands over some top-form stars to Hansi Flick for the World Cup in Qatar. As a thank you, Flick and the DFB should allow Munich to negotiate with Jamal Musiala during the World Cup. Bayern need to increase Musiala’s salary as soon as possible. A comment.

FC Bayern Munich’s easy 2-0 win at FC Schalke 04 on the 15th and final day of the Bundesliga before the World Cup break produced Jamal Musiala’s next gala. The game also showed that Serge Gnabry and Leon Goretzka were in top form in time for the World Cup, that Joshua Kimmich can still provide a decent right-back (which Hansi Flick and the DFB-Elf will of course not benefit from in Qatar) and that Eric Maxim Choupo-Moting’s goal drought lasted just one game.

But the biggest insight came from Bayern coach Julian Nagelsmann. The coach revealed – perhaps in the exuberance of Musiala’s performance, which is worth bowing to twice – why, as a spectator, you get the feeling with almost every action of Musiala that the 19-year-old must have suction cups on his shoes. Otherwise this tight ball control is not possible!

What about suction cups? For real? Nagelsmann at sky: “He has a bit of luck with the ball in many situations because he has very fast feet. The ball keeps falling in front of him because his feet are extremely lively. He moves very, very fast. He’s just extreme fast on his feet. Also, rebounds keep coming at his feet like he has snake legs. He’s just extremely talented.”

Record national player Lothar Matthäus had already lifted Musiala into GOAT spheres – certainly in the exuberance of the FCB star’s performance, which is worth bowing to with his living feet. “That’s magic. That’s Messi-like! That’s Hollywood,” enthused Matthäus and demanded: Musiala should “never leave Bavaria” and if so, then only for “a quarter of a billion”, that’s what he’s worth.

Now Matthäus is of course completely understandable in love with Jamal, how could one not be infatuated with this player these days, who already played his 100th competitive game for FC Bayern at Schalke and managed his 20th and 21st goals of the season? Above all, the world record price tag that he just put on Musiala after a game of the leaders in the Bundesliga bottom could not even be unrealistic after the World Cup.

Admittedly, Musiala isn’t the only world-class player in Hansi Flick’s squad and, realistically speaking, he might just be on his way to the top of the world. But: Manuel Neuer and Ilkay Gündogan are slowly getting on in years, Kai Havertz is not above all doubts in the Premier League and Joshua Kimmich still has to prove that he can really lead a team to great deeds.

If the World Cup goes well, they can at least maintain their current status. But Musiala’s value will increase regardless of Germany’s performance in Qatar. He made the biggest leap in long-distance duel with Jude Bellingham, Gavi and Pedri, the other top top top teenagers in world football recently, is the most complete player of them all.

By summer at the latest, Musiala should arouse the desires of the absolute elite clubs. Especially since a player with living legs, who lets his opponents run into nothing and opens up spaces with a casualness that is reminiscent of the old master of nonchalance Andrea Pirlo and who has even trained himself to a certain resistance to pressing this season, in principle help every team could.

FC Bayern: Musiala’s salary is already not in line with the market

Bayern could now count themselves lucky that they gave Musiala a contract until 2026 on his 18th birthday in February 2021. But they cannot sit back and relax. Musiala should earn 25 million euros by the end of his contract with Bayern. Of course, five million euros an annual salary is more than enough and would be if Musiala were no longer a teenager.

But in football, an annual salary of five million euros for a teenager with world-class ambitions is no longer in line with the market. At Bayern, too, his salary is in the lower third of the pyramid – which of course does not correspond to Musiala’s importance for the Bayern game.

Munich should increase Musiala’s salary before any state-funded club with fantastic sums comes around the corner.

Understandably, contract talks during major tournaments are not welcomed by the national teams. But Bayern coach Julian Nagelsmann sent his predecessor in Munich and current national coach Hansi Flick a Bayern block in top form to the short World Cup training camp in Oman. He could retaliate by allowing those in charge of his favorite club to negotiate with Musiala.