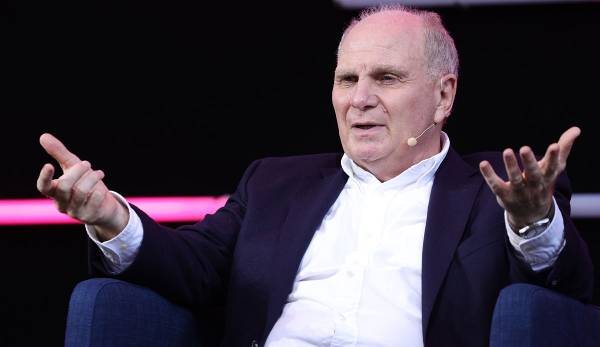 Uli Hoeneß criticized the way Hasan Salihamidzic was treated in public during the Bayern Munich championship celebrations. “It’s a hunt,” said the former club president, referring to the criticism of the sports board.

Hasan Salihamidzic is “not solely responsible for the transfer policy,” the 70-year-old explained to reporters, including one, on the sidelines of the championship celebrations in Munich City Hall SPOX and GOAL: “The whole club is responsible for that. When we won six titles, I didn’t hear anyone shouting: ‘Hasan, Hasan!’ Now that we don’t win the Champions League, it’s his sole responsibility. That can’t be.”

He rates the work of the 45-year-old as “good” as well as that of Oliver Kahn, who has been chairman of the board at FC Bayern since the beginning of the season. Especially since winning the championship is not sufficiently appreciated. “We played a good season, not a very good one,” analyzed Hoeneß: “We undoubtedly achieved the minimum goal.”

The elimination in the Champions League was still bitter. “We were missing two minutes against Villarreal this year. It was naïve how we conceded a goal.”

FC Bayern – Uli Hoeneß: “The fact is that we have to make the players more responsible again”

The team is responsible for that. “The fact is that we have to make the players more responsible again,” says Hoeneß: “With us, the coach or the sports director is always held responsible. Then it says: ‘If we had had more players’. Mine As far as we know, we are only allowed to play with eleven players.”

The transfer policy “didn’t matter at all. The fact is that since Christmas we’ve had a few players who haven’t played well overall. That has to be analyzed. The players have to be put under more pressure.”

As already announced by President Hainer, Hoeneß also assumes that Robert Lewandowski will play for FC Bayern in the coming season. He is also certain that a lot could change by 2023. After all, the Pole would be 35 by then and maybe he would want to stay in Munich after all.

FC Bayern: No replacement for Lewandowski in sight

In any case, there will be no good replacement this summer, which is why the club will take its time until next year. “The theater will then be over on September 2nd and we can live with that,” said Hoeneß about a possibly dissatisfied Lewandowski.

The striker recently announced that he would like to leave the record champions. When asked if he would have found another solution during his playing days, for example with a meal at Lake Tegernsee, Hoeneß also had a clear answer ready: “It’s all about money and nothing else.”