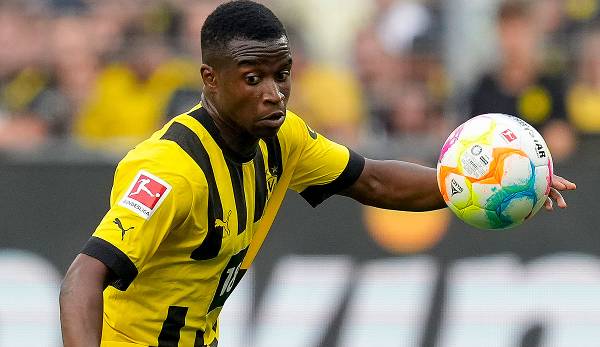 Bayern have been linked to Borussia Dortmund’s Youssoufa Moukoko. A possible transfer would not make sense for all sides. A comment.

Harry Kane appears to be the preferred candidate for the position next season, but another center forward is now also mentioned as an option: Borussia Dortmund’s Youssoufa Moukoko.

From the point of view of the Bayern bosses, Moukoko’s commitment could be an interesting deal: his contract with BVB expires after the current season, and negotiations about an extension currently seem to be stalling, according to picture Moukoko could wave an annual salary of 3.5 million euros in the future if he signed again in Dortmund.

In terms of salary, Bayern could easily keep up, and certainly even top it off. In addition, Moukoko would be free of charge, so it could also be persuaded with a reasonable earnest money. All in all, such a transfer would certainly not overload the Munich account.

Moukoko: Is he similar to Arp?

However, the deal would evoke memories of a very similar commitment: in 2019, Bayern took Fiete Arp from Hamburger SV. At that time – just like Moukoko now – he was considered the great German storm hope.

The youngster was lured to Munich with an annual salary of around five million euros – and failed miserably. Today Arp plays more or less inconspicuously in the second division at Holstein Kiel.

Young hopefuls never have it easy at Bayern. Like Moukoko, Mathys Tel is 17 years old and is considered France’s greatest striker. So far, however, he has not been able to play regularly. Ryan Gravenberch is also realizing that you can be praised as a talent, but you can still get bogged down at Bayern-Bank.

Moukoko would be a good deal for Bayern Munich

If Bayern really get Moukoko, they would get one of the best talented strikers in Europe in his age group relatively cheaply. It would be a good, low-risk deal for the club. For Moukoko, however, a move to Munich like Arp could end tragically.

At Real or PSG, the competition on the offensive would of course not be less for him. At Manchester United they look for new hopes every year. The development of Jadon Sancho shows how difficult it can be with the Red Devils.

Of course, a player as talented as Moukoko can always have an adventure at a world club. Maybe that would be too early next summer. And for Moukoko, his youth club Dortmund is the best place to continue growing.