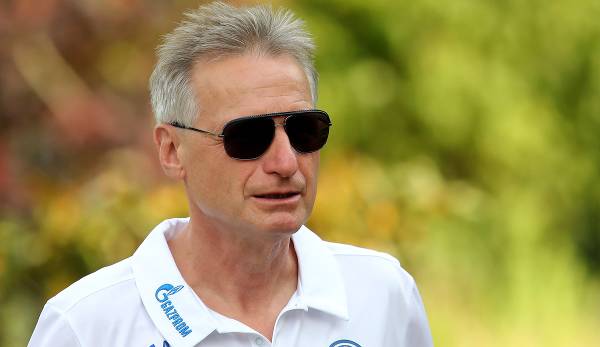 The former technical director of FC Bayern, Michael Reschke, sees the situation surrounding Robert Lewandowski critically. However, he rules out a €100 million transfer in the Bundesliga in the near future.

Reschke, who now works for the consulting agency ICM Stellar after his time as an official at Bayer Leverkusen, FC Bayern, VfB Stuttgart and Schalke 04, spoke to the tz about the current transfer market and specifically his ex-club Bayern and Robert Lewandowski.

His situation is “totally difficult to solve”, because “Robert naturally has an incredible charisma within the team. If he wants to change at any price and also expresses this in the dressing room by the end of the transfer period, then this can change the balance in the team jeopardize the team.”

That would be an extremely big challenge for coach “Julian Nagelsmann, because Lewandowski can endanger an important positive mood with his aura. In the event of Bayern remaining, joint agreements must be made with Robert at an early stage. Just insisting on the contract is certainly not enough. It is important to find a performance-enhancing basis within the club, the team and especially in connection with Julian Nagelsmann. All decision-makers at FCB are required to stabilize the overall structure in such a way that you can start the new season with fresh guts,” said Reschke.

But what would Lewandowski (33) currently be worth on the transfer market? “Robert is a goal machine and continues to be one of the best strikers in the world. He will be able to play at a very high level for a long time to come because he is physically fit.”

But: “One thing is of course also certain: after a possible sale in the summer, he will no longer be transferred. So you have to look at the transfer fee and salary together – and you have to ask yourself as a buyer’s club: What total investment is he worth to us for three years?” And that brings Reschke to the following assessment: “In my view, a possible transfer income of over 40 million euros for Bayern would be absolutely great.”

Meanwhile, Reschke doesn’t see the fact that there was a lot going on in public until there was an apparent discussion between Lewandowski and sports director Hasan Salihamidzic: “Of course, muscle games are also part of it. The transfer business is like a game of poker. It often works It’s about: Who has the better nerves? That’s part of the business. I don’t see it all that dramatically.”

And in this game Bayern “played their trump cards and Robert and his agent played their game. That’s normal. But one thing is clear: Bayern have a damn long lever. Nothing works without Bayern Munich,” emphasized Reschke.

Reschke was also asked about the recent 100 million euro transfers from Darwin Nunez (from Benfica to Liverpool) and Aurelien Tchouameni (from Monaco to Real Madrid) and whether such transfers were also possible in Germany. “No. A transfer a la Nunez is not economically possible for any German club. Bayern have leaned out of the window in recent years and invested high transfer sums with Lucas Hernandez and Leroy Sane. But a 100 million transfer at FC I would rule out Bayern at the moment. Such an investment would be a total surprise. And such investments are out of the question for other Bundesliga clubs anyway.”