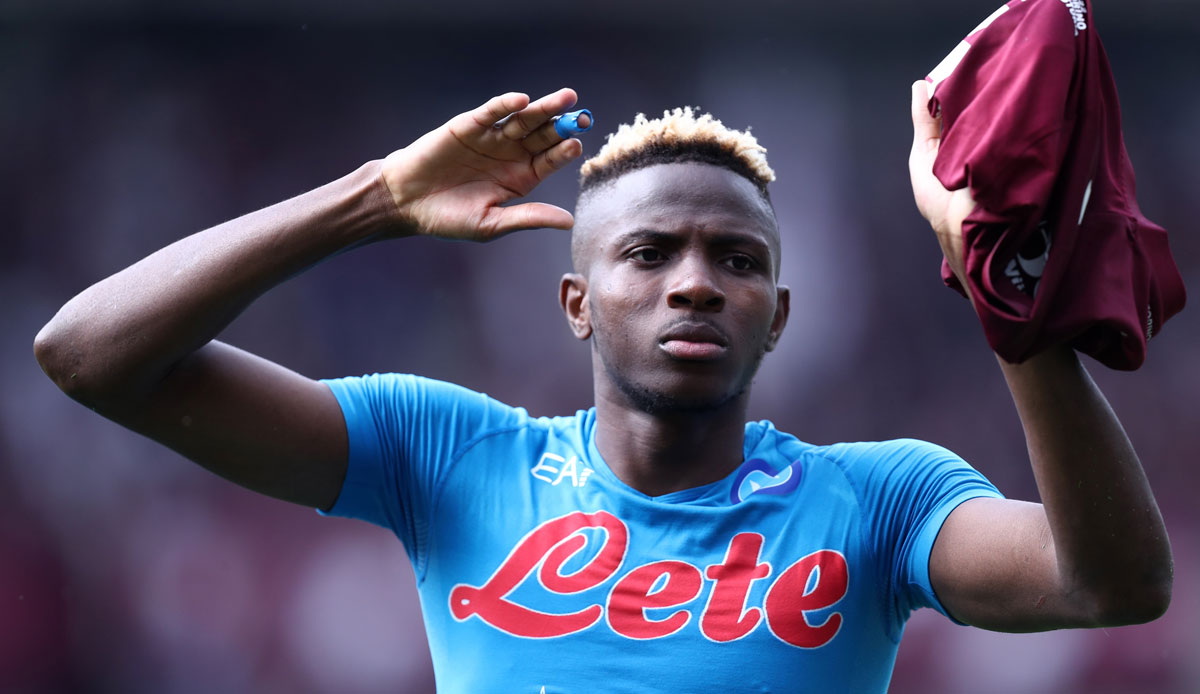 FC Bayern Munich has apparently asked the top Italian club SSC Napoli about a possible transfer of striker Victor Osimhen. Again Corriere dello Sport reported that Bayern had asked the southern Italians about the feasibility and possible general conditions of signing the Nigerian.

Bayern are arming themselves for the impending departure of Robert Lewandowski. The world footballer is currently pushing his departure from Munich despite a contract that runs until 2023. After Sasa Kalajdzic (VfB Stuttgart) and Romelu Lukaku (Chelsea FC) were recently traded as potential successors, the name Osimhen appears in this context for the first time.

However, a commitment by the top scorer would not be a favorable matter: According to information from Corriere dello Sport calls Napoli for a transfer fee of 100 million euros. In 2020, the southern Italians brought him from Lille for 75 million euros.

Osimhen is no stranger to the Bundesliga: he was under contract with VfL Wolfsburg from 2017 to 2019, but didn’t make the breakthrough there.

The 23-year-old has made 32 appearances for Napoli in all competitions this season, recording 18 goals and six assists.