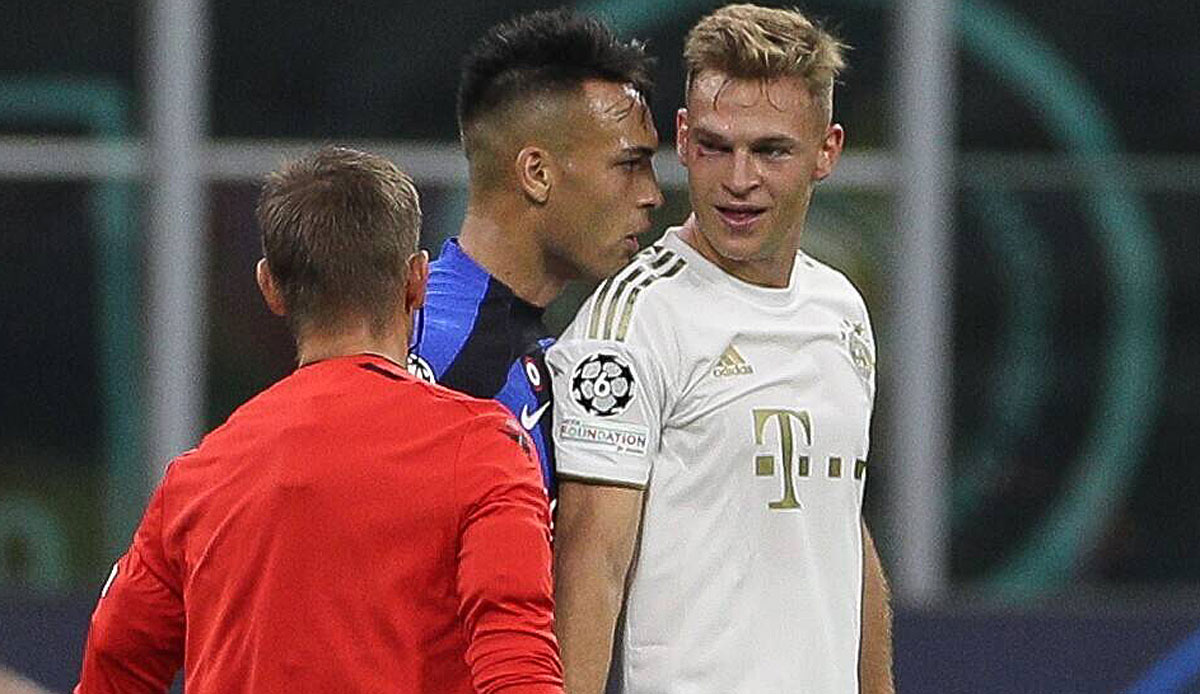 Joshua Kimmich got a black eye in FC Bayern’s 2-0 Champions League win at Inter Milan. However, the 27-year-old’s appearance in the Bundesliga game against VfB Stuttgart on Saturday is not in danger.

“It’s okay, it will be enough by Saturday,” said Kimmich to media representatives after the game in the Giuseppe Meazza Stadium and cooled his right eye.

The German national player did not shy away from any duel and, above all, repeatedly fought hot duels with Lautaro Martinez. One of these duels resulted in the violet, which attracted attention for the first time after about an hour.

Overall, Kimmich made a strong game after a somewhat bumpy start with one or the other bad pass. Especially his pass before Leroy Sane made it 1-0 in the 25th minute was excellent.

There was a direct comment from Bastian Schweinsteiger on Twitter. “It’s nice that word didn’t get around to Milan that Kimmich can play such balls behind the defense when he’s free,” wrote the 2014 world champion.