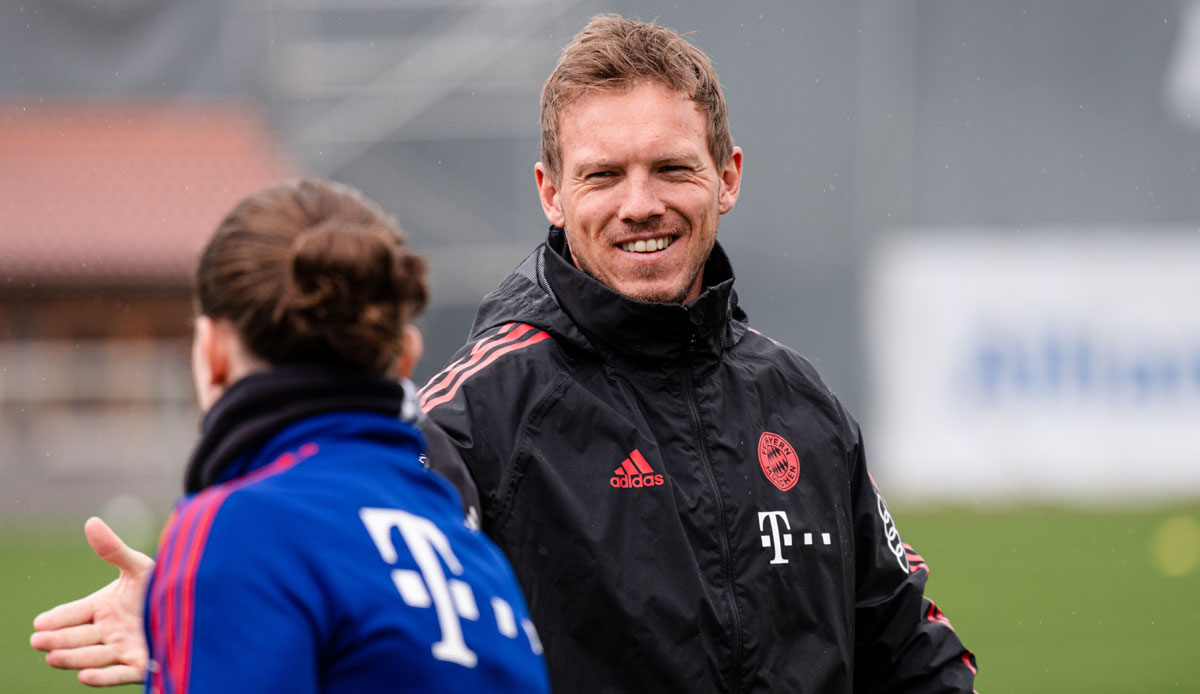 Julian Nagelsmann has in an interview with the tz talked about his vision in football. Among other things, the Bayern coach would like to see more variable players and new specialists in the team.

“I believe that there is still potential for development in the cognitive area,” Nagelsmann said of his future vision of football. “In the perception of passing spaces, in the pre-orientation of game situations, in the recognition of spaces, basically when it comes to the speed of action. You can still work on that.”

The variability of teams would also be particularly important. Players and coaches would have to adapt to different game situations as quickly as possible and implement them. “So that teams don’t start out in a basic order and stay with it, but that adjustments are made more frequently during the game,” said Nagelsmann. “This variability requires a high level of speed of action.”

Accordingly, new types of games would have to be created for this. “The more variable a coach wants to play, the more polyvalent the players have to be. The more clearly a coach sticks to his formation, the more specialized the players can be,” says Nagelsmann.

He himself is “a great friend of having players who are as variable as possible, but who still have absolute strength. They should preferably be outstanding in one position, but also be able to implement other positions or tactical requirements well.”

To ensure this, more and more clubs would integrate special coaches into their staff. Nagelsmann welcomes this development. “Individual training is particularly important when there are a lot of games where you don’t play very hard, but you can and want to do a lot of individual work.” There you can “invest an incredible amount of time, on and off the pitch, also for the preparatory video analysis, so you need man power there.”

The Bayern coach also supports Ralf Rangnick’s suggestion that referees train with the pros. “It’s a brilliant idea, which I totally welcome. I’d like to see it here with us.”