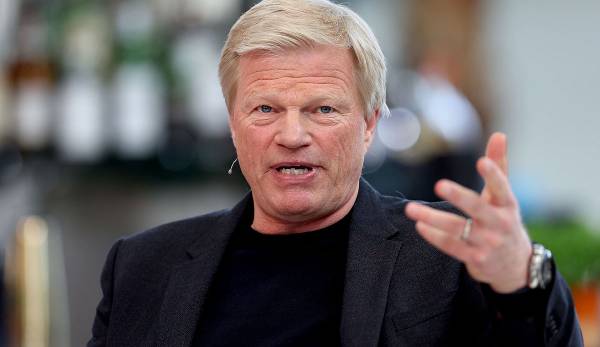 CEO Oliver Kahn from FC Bayern understands that many fans would like more excitement in the Bundesliga, but he does hold the competition accountable.

FC Bayern has won the German championship for the tenth time in a row this season and has long since caused frustration among those who do not keep up with the record holder.

The CEO of Munich, Oliver Kahn, said in the SZ: “Of course I know that all non-Bayern fans would like more excitement in the fight for the championship.” At the same time, the former world goalkeeper emphasized: “But the competition must ensure the excitement.”

Meanwhile, Kahn assured that a one-sided title fight was not an advantage for FC Bayern: “On the contrary. But in the end with a German champion FC Bayern!”

He indicated his willingness to talk to the DFL about solving the problem. However, he is not only interested in national success: “It is our goal to have a team next season that can play at the top of the Champions League.”

European success, on the other hand, is not only good for FC Bayern itself, according to Kahn, the Bundesliga as a whole also benefits from it: “More top stars in the league, tension at the top, that helps with the sale of TV rights at home and abroad . And this is exactly where we have recently lost ground dramatically.”

Kahn added: “Without success in the Champions League, the entire Bundesliga will continue to lose ground in marketing, and that will ultimately affect everyone.”

After the recent CL triumph in 2020, the record champions are still number one in the UEFA club coefficient list, but could soon lose this top spot after the surprising failure in the quarter-finals of the Champions League against Villarreal.