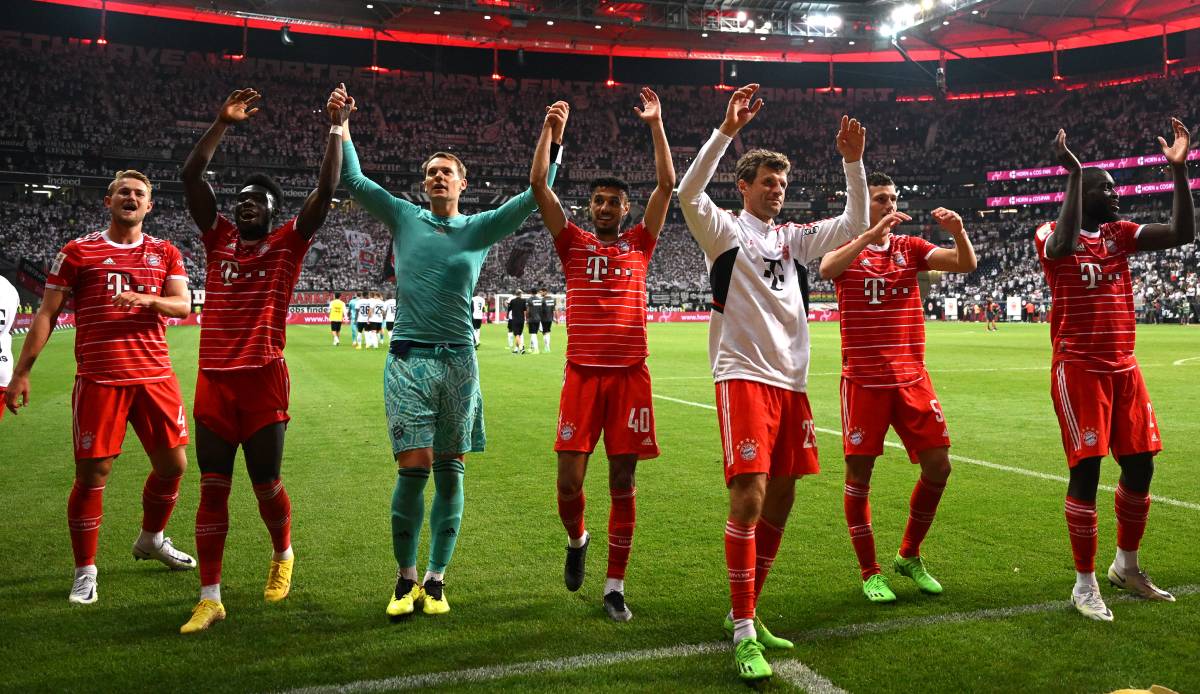 In the first Bundesliga game after Robert Lewandowski left, FC Bayern Munich shone with a flexible offensive. After the 6-1 win against Eintracht Frankfurt, there was a lot of praise but also warnings.

Around 50,000 spectators came to the Camp Nou on Friday afternoon to admire FC Bayern Munich’s past: Robert Lewandowski was introduced with great fanfare as a newcomer to FC Barcelona.

The 33-year-old forward showed a few tricks, his new fans chanted him and Barca president Joan Laporta spoke of a “historic day”.

In a way, this Friday was also a historic day for Lewandowski’s former club. In the evening, FC Bayern started a Bundesliga season in front of a similarly large crowd in Frankfurt for the first time in nine years without their top scorer – and for the first time since they were promoted to the Bundesliga in 1965 without a classic center forward with serious regular place potential.

Will that work? First interim conclusion: This could be something! FC Bayern beat Europa League winners Eintracht Frankfurt 6-1 and was 5-0 at half-time.

Coach Julian Nagelsmann sent the same starting XI into play as in the 5-3 Supercup win against RB Leipzig a week ago. Again, FC Bayern played in a rather unusual 4-2-2-2 system with four flexible attacking players. Thomas Müller and Jamal Musiala acted nominally behind Sadio Mane and Serge Gnabry. Most of the time, however, they all twirled wildly, alternately dodging on their wings.

The proclaimed premise of spreading Lewandowski’s goals (50 last season) over several shoulders worked perfectly: apart from Müller, all offensive players scored – although he possibly had the greatest chance of all, but failed miserably in the 24th minute.

The opponent was also impressed. Frankfurt coach Oliver Glasner raved about Munich’s “one-touch football”, at times it was just “slap-slap-slap”. Captain Sebastian Rode, who was replaced at half-time, felt “overwhelmed and overwhelmed”: “Most of these players can do over 34.35 km/h. Together with their technical quality, that’s difficult to defend. Lewy may be gone, but the flexibility in the storm , this castling is a completely different quality.”

Thomas Müller gave it a “good feeling that our concept and the changes are working well so far. The skepticism that there was logically about the offensive in advance has been pushed into the background with eleven goals in two games.” And in the two games it was against the reigning DFB Cup and Europa League winners.

Bayern grades: Musiala outshines everyone – one cements his regular place

At the same time, FC Bayern was up against two grateful opponents in its current situation. Both played courageously in their own stadium and avoided wall tactics. In Frankfurt, FC Bayern had large spaces behind the opposing defensive line. Spaces that don’t need a classic centre-forward. Spaces that accommodate nimble offensive players like Müller, Musiala, Gnabry or Mane.

“It wasn’t a game in which we besieged the penalty area in the first half. We quickly bridged the midfield and looked for depth. Frankfurt wanted to take some risks and we punished this courage,” analyzed Müller. “There will certainly be other games where we might say: the center forward was missing today.”

Nagelsmann made a similar statement, explicitly warning of situations “in which we might have to play with more crosses”. When the respective opponent entrenches himself in his own penalty area and shows no offensive efforts himself. Then, according to the coach, it would also be an option in the future to put on Eric Maxim Choupo-Moting, who is 1.91 meters tall, as a substitute or even from the start.

In Frankfurt Choupo-Moting was injured, the other nominal center forward Joshua Zirkzee was on the bench for 90 minutes and could still leave the club. Instead, Nagelsmann brought on two more lively offensive players in the middle of the second half, Leroy Sane and Mathys Tel.

As in Leipzig, the joy of playing in the first half had largely evaporated by this point. Bayern again dropped significantly after the break, but this time they defended their lead confidently and didn’t get into trouble. Whether the team could no longer or did not want to? In the end it doesn’t matter.

New signing Mane was asked after the game on the fence in front of the Munich fan block to direct the celebrations via megaphone. And Müller was asked whether FC Bayern’s performance in the first half was perfect.

“There is no such thing as perfection in football,” he said. “Except maybe we’re looking at videos from Barcelona around 2009.” So once it was still about Lewandowski’s new club – which, by the way, played differently than in the future without a classic center forward in the center, but with the wrong nine called Lionel Messi.