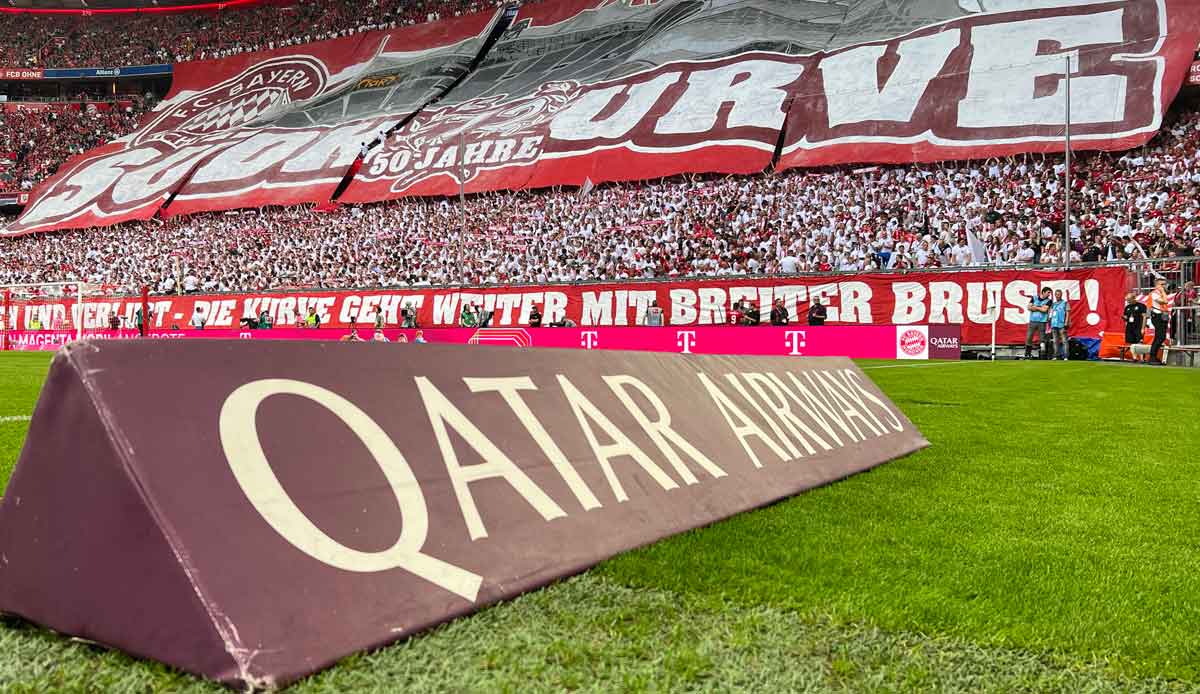 After a two-year break due to Corona, FC Bayern is traveling to Qatar again this year for a winter training camp. The tour group is accompanied by the ongoing debates about the partnership between club and emirate.

For a number of FC Bayern Munich players, there is currently hardly a more unpleasant place for a training camp than Qatar. At the World Cup that just ended there, some failed embarrassingly in the group phase, others bitterly in the final. Above all, the German and French national players of FC Bayern have to return to the place of great defeats from January 6th to 12th.

The Munich team has been traveling to Doha in winter since 2011, only in the past two years have the training camps been canceled due to the corona pandemic. Since 2018 there has also been a sponsorship agreement with the airline Qatar Airways. The cooperation between Qatar and FC Bayern has always been accompanied by protests from the active fan scene, due to human rights violations and other abuses in the emirate.

Maybe there will soon be a reason for joy among the fans: like them sports picture reported in December, Qatar Airways intends to extend the contract, which expires in 2023, at most on lower terms – if at all. The background is the debates about the “One Love” armband at the World Cup and the mouth-to-mouth gesture of the German national team before the World Cup opening game against Japan. Many of them are under contract with FC Bayern and are therefore also potential advertising figures for Qatar Airways with a view to the partnership.

Before the World Cup, President Herbert Hainer emphasized that talks about possible further cooperation will only be held afterwards – negotiations during the upcoming training camp are conceivable. According to sports picture Models are also discussed in which FC Bayern gives part of the income to aid organizations. The club currently collects a reported 25 million euros from Qatar Airways every year.

FC Bayern: criticism of the performance of Uli Hoeneß

“I would prefer it if Bayern would take this step. But in the end it’s all about ending the sponsorship. How and by whom is secondary,” says Alexander Salzweger SPOX and GOALS. He is spokesman for Club No. 12, the association of active Bayern fans. “I can imagine that Qatar is no longer interested in a club like Bayern. There are discussions all the time, they have to send representatives to round tables and are attacked at every general meeting: they don’t think that’s cool.”

At the penultimate annual general meeting in autumn 2021, discussions about Qatar sponsorship ended in scandal. The event was canceled, there was tumult and shouts of “Hainer out”. However, those responsible at FC Bayern then tried to approach the fans. “One mistake was that we didn’t discuss enough with the critical members to listen to their motives,” said Hainer. In the summer, FC Bayern organized a round table with representatives from the emirate and members, and later published the answers to a questionnaire.

According to Salzweger, at the AGM in autumn 2022, “the issue of Qatar was dealt with well. You can have different opinions, but you have to be able to have sensible discussions. This time everyone did it – except for the honorary president.” Uli Hoeneß called out to Michael Ott, a club member with a critical attitude towards Qatar, when leaving the event: “This is the Bayern Munich football club and not the general assembly of Amnesty International!”

“Hoeneß’ performance against Mr. Ott was impossible,” says Salzweger. “To make a fool of someone on the way out of the hall, not even to wait for an answer and to march off: that’s not possible. I can’t imagine that the current leadership wanted these pictures.”

While this performance should not have played into the leadership’s hands, according to Salzweger, the scheduling of the event before the tournament in Qatar did: “Bavaria can be happy that the AGM took place before the World Cup. The World Cup has caused criticism Qatar has only gotten bigger from the fan side. Everyone has seen the abuses there, such as the handling of rainbow flags. Defending the sponsorship is now even harder than it was before.”

Following the AGM, the active fans of FC Bayern agreed to passively follow the tournament and its attendant circumstances and wait and see. “But I can imagine that we will soon be campaigning again on the subject of Qatar,” says Salzweger. Like many other active FC Bayern fans, he himself did not watch any World Cup games.

He is now amazed that he will not have to boycott another game in the emirate next week – this time from his favorite club. “One of the arguments for a training camp in Qatar was that there are plenty of friendly opponents there,” explains Salzweger. “Now the team has been there for a week – and the first test match will probably take place in freezing temperatures in Munich the day after we return. That’s really bizarre.” On January 13, FC Bayern meets RB Salzburg on campus, on the 20th the second half of the season starts at RB Leipzig.