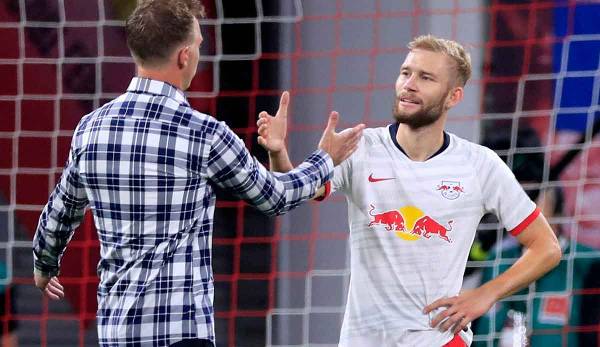 After the signings of Sadio Mane, Noussair Mazraoui and Ryan Gravenberch and a number of departures, the FC Bayern Munich squad is taking shape for the new season. What else could happen? An overview.

Sadio Mane (30) was not only signed by Bayern Munich as a striker, but also as a statement. As a statement to the international competition: FC Bayern is able to lure regular players from other top clubs. And as a statement to your own workforce, which, according to sports director Hasan Salihamidzic, should be awakened from their “sleeping beauty”.

After signing right-back Noussair Mazraoui (24) and central midfielder Ryan Gravenberch (20), Mane is the third high-profile signing this summer. Also the last one? Rather not. “Of course we will keep our eyes open and see what is possible and what our financial possibilities allow us,” said Salihamidzic. “We have ideas.”

For coach Julian Nagelsmann, hiring a defensive boss with strong communication skills is a priority. According to information from SPOX and GOAL he doesn’t trust the previous candidates Dayot Upamecano, Lucas Hernandez, Benjamin Pavard and Tanguy Nianzou to develop into this role. Niklas Süle has left the club for Borussia Dortmund on a free transfer, and returnee Chris Richards could be loaned out again.

As potential candidates were acted by the Evening News most recently Matthijs De Ligt (22) from Juventus Turin, Gleison Bremer (25) from AC Turin and Kalidou Koulibaly (31) from SSC Napoli, all of which would cost high transfer fees. At De Ligt it would be up to 80 million euros, at Bremer or Koulibaly around 30 million euros.

Konrad Laimer is the dream player in midfield

RB Leipzig loudly demands a similar amount sports picture for midfielder Konrad Laimer. He is regarded as Nagelsmann’s absolute dream player, who has announced the need for “one or two pressing machines” for his squad. Laimer, whom he knows from their Leipzig days together, once called Nagelsmann a “monster ball-winning machine”.

Since the 25-year-old Austrian’s contract expires in 2023, FC Bayern is unlikely to pay the reported 30 million euros this summer. Laimer himself has rejected a contract extension in Leipzig and is said to be keen to move to Munich.

After the departures of Corentin Tolisso (target unknown) and Marc Roca (Leeds United) and the signing of Gravenberch, Laimer would complete Munich’s midfield. While Gravenberch’s strengths lie more in playing with the ball, Laimer’s is exactly the opposite. Joshua Kimmich and Leon Goretzka are basically planned as regular players.

Marcel Sabitzer is likely to leave the club if a corresponding offer is made. Willingness to talk would probably exist from an offer of 15 million euros. The AS Roma coach Jose Mourinho, who once wanted to guide him to Tottenham Hotspur, is considered an interested party. Right-back Bouna Sarr should definitely be given up, for whom there have not yet been any concrete offers.

The second and a half construction site is in the storm – and is related to the future of top scorer Robert Lewandowski and Serge Gnabry.

The 33-year-old Pole wants to leave FC Bayern at all costs, and FC Barcelona is said to be his dream destination. At the presentation of Mane, the assembled bosses emphasized again that the striker, who is still tied until 2023, will not be released this summer. Despite all other assurances, loud sky in the background, however, a rethinking took place, according to which the pain limit of FC Bayern is 60 million euros.

For the bosses, a U-turn after weeks of denials would be a loss of face. Nagelsmann would expect the striker to leave according to information from SPOX and GOAL, on the other hand, generally consider significantly less dramatic than parts of the management team. Despite his 35 goals in the Bundesliga, there is no unconditional satisfaction with his season. Compared to previous years, Lewandowski’s effectiveness has decreased, and there are also interpersonal dissonances in the team circle because of his diva-like behavior.

Should the top striker actually leave the club, Nagelsmann plans in principle with new signing Mane in the storm center. Last season, the trained winger filled this role perfectly at Liverpool FC. “Sadio is a player who can play four or five positions without any problems – and can also switch during the game,” emphasizes Nagelsmann.

Meanwhile, a commitment from Sasa Kalajdzic is no longer an option. The Stuttgart striker would only have become interesting if substitute striker Choupo-Moting left. The French L’Equipe brought up 20-year-old Hugo Ekitike, who scored 11 goals in 26 competitive games for Stade Reimes last Ligue 1 season. With a transfer fee of around 50 million euros, he would be an extremely expensive investment in the future.

There would only be an urgent need for action in the offensive area if Gnabry were to leave the club in addition to Lewandowski. The contract of the 26-year-old offensive all-rounder expires in 2023. If he continues to refuse an extension, FC Bayern wants to sell him this summer to prevent another free transfer after David Alaba, Jerome Boateng and Süle.

The club is still hoping for an extension, as Salihamidzic recently did sky emphasized: “He’s a great boy. We really want to keep him.” Just like Mane and Laimer, he is also looked after by the consulting agency Roof based in Munich.