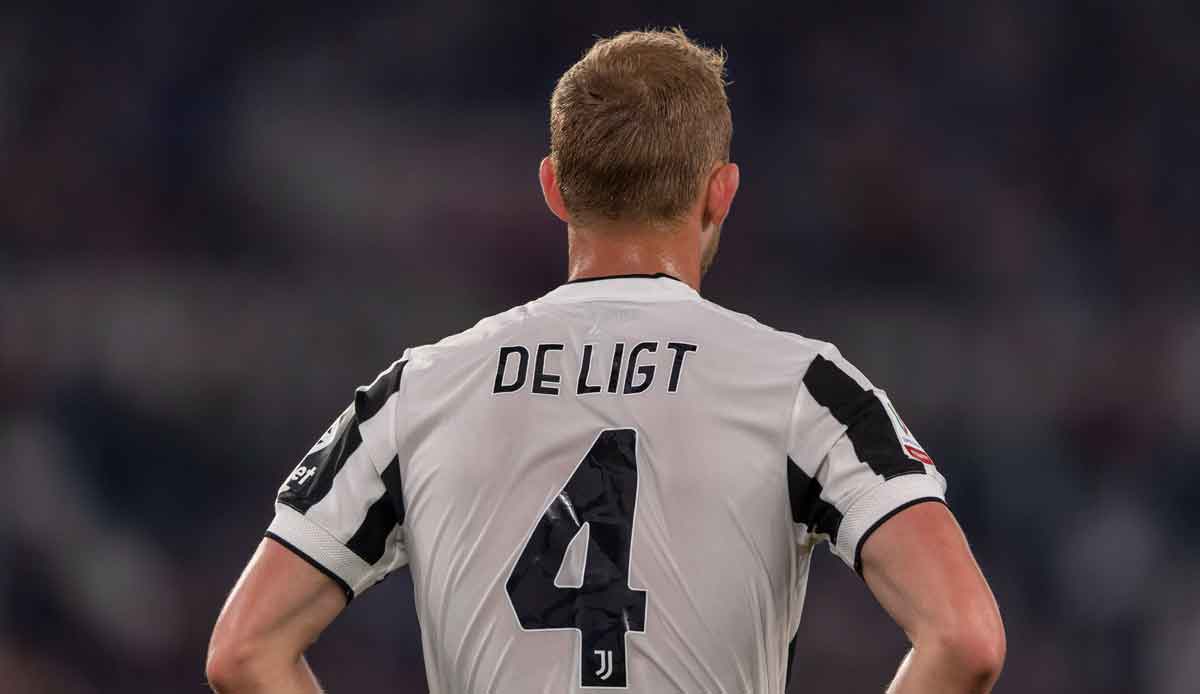 The commitment of Matthijs de Ligt (22) will be the next big statement from FC Bayern Munich and gives a deep look at the transfer policy. For coach Julian Nagelsmann, it is an immense vote of confidence. A commentary analysis.

FC Bayern Munich sees itself as an attacking football club: in the Allianz Arena, it’s obviously about titles, but also about dominance, spectacle and goals. Not only win somehow, but also nice (and) high. But if you look at the club’s internal ranking of record transfers, you might suspect the opposite. That looks more like the shopping list of defensive fanatics like Atletico Madrid.

The latest achievement Matthijs de Ligt from Juventus Turin – if he successfully completes the medical check on Monday – is in second place with a transfer fee of 70 million euros (which could increase by ten million with possible bonuses). Behind his “fellow species” Lucas Hernandez, who came from Atletico in 2019 for 80 million euros.

Five of the ten most expensive signings in the club’s history are central defenders, plus (defensive) midfielders like Javi Martinez, Arturo Vidal and Corentin Tolisso. The only real offensive players in this phalanx are Leroy Sane and Mario Götze. This fact can be interpreted in different ways.

For example positive: FC Bayern refuses the sometimes completely irrational striker arms race, which the Spanish top clubs FC Barcelona and Real Madrid in particular practice with great delight, and instead takes care of all parts of the team equally. Or negatively: FC Bayern acts much more ill-considered on the defensive than on the offensive in the transfer market.

De Ligt’s signing is undoubtedly FC Bayern’s second colossal statement to the international competition after Sadio Mane in a very short time, but it also gives a deep insight. In the recent past, with the exception of Manchester City, hardly any other top European club spent as much money on defenders as FC Bayern – and at the same time earned almost nothing through sales. While one costly central defender after the other arrived in Munich, three of the best, Jerome Boateng, David Alaba and Niklas Süle, left the club on a free transfer within a very short space of time.

Even before De Ligt’s arrival, FC Bayern had three national players from the reigning world champions France in Hernandez, Upamecano and Pavard and a highly regarded talent in Tanguy Nianzou. Josip Stanisic and Chris Richards are considered decent alternatives. In view of this occupation and the sums invested in it, the purchase of another such top-class central defender was not rationally necessary. Or rather, it shouldn’t have been necessary.

De Ligt: An immense vote of confidence in Nagelsmann

Coach Julian Nagelsmann was still dissatisfied with the composition of the central defense, he was particularly bothered by the lack of a strong communicator in defense. He didn’t trust any of his previous players to develop into this role. According to information from SPOX and GOAL, the commitment of a defense chief had been Nagelsmann’s absolute transfer market priority for weeks.

The fact that the club’s leadership, led by Oliver Kahn and Hasan Salihamidzic, fulfilled their coach’s extremely expensive wish with the absolute premium cast without any great difficulty is an immense vote of confidence. After all, De Ligt is a born defender: he became captain of Ajax Amsterdam at the age of 19 and was traded at Juventus as the captain of the future.

FC Bayern is currently also working on signing Nagelsmann’s dream player Konrad Laimer from RB Leipzig. Should this transfer also work, Nagelsmann would have no excuses next season.

FC Bayern probably wants to give up a central defender

After the high investments in de Ligt, the club is now looking to sell another central defender during this transfer window. That would make sense not only for economic reasons, but also for reasons of cadre hygiene. De Ligt (22), Hernandez (26), Upamecano (23) and Pavard (26) are all in the best footballing age and have the right to be regular players. Even if Nagelsmann were to increasingly resort to a back three in the future, at least one would have to sit on the bench.

With his aggressiveness, Hernandez brings a special touch to the Munich defense and is considered set. It will probably hit Upamecano or Pavard, who were only committed a year ago. one table football-According to the report, Nagelsmann would prefer to keep the flexible Pavard. In recent years he has mostly played as a right-back, but pushes vehemently into the centre.

There is said to be interest in Upamecano from the Premier League, while Atletico, Juventus and Chelsea are said to be interested in Pavard. Should Pavard actually switch to Atletico, he would in all probability become the most expensive defender purchase in the club’s history and replace Mario Hermoso (2019 for 25 million euros from Espanyol Barcelona).

A look at the record transfers is not only surprising at FC Bayern: At Atletico Madrid, notorious for their excellent defense, there is actually not a single central defender among the ten most expensive newcomers – but there are eight strikers.