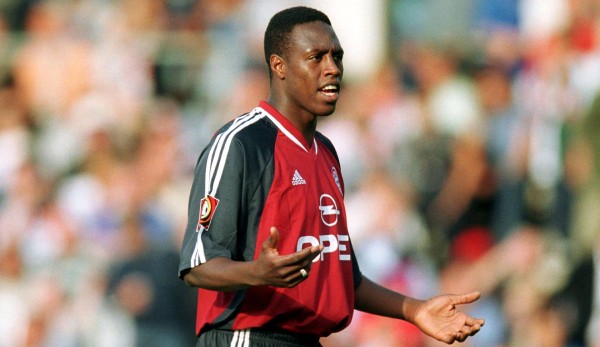 Free transfers have become fashionable at FC Bayern Munich in recent years. In addition to the king transfer Robert Lewandowski, there were also a few flops and misunderstandings. SPOX has been looking at the new Bavarians without a transfer since the turn of the millennium.

From Pablo Thiam to Noussair Mazraoui: FC Bayern Munich likes to spend money, but if good players are available on a free transfer, FCB are also there. Not everyone on this list has performed, but with some newcomers you have to wonder how the Munich team could get them without a transfer fee.

In a year and a half, the Guinean international failed to make it past the record champions and only played 16 games before moving to Wolfsburg in January 2003.

After six months in France, the Basque came back and played for FCB for another year and a half before ending his career. Even in the final years of his career, Lizarazu remained a reliable player, although the heights from his early days with Munich prevail.

The Iranian came as a big promise for the playmaker position. Felix Magath was considered a great supporter. In two seasons, however, he only made 33 appearances and scored three goals. He then moved to Qatar.

Born in Gelsenkirchen, he played for Munich for four years and was in the starting XI in the 2010 Champions League final. He was a reliable backup who could be used in several offensive positions. In the summer of 2011 he went to Real Madrid on a free transfer.

At the 2006 World Cup under Jürgen Klinsmann, the man from Bremen was a hot potato, two years later he followed “Klinsi” to Munich. However, he only played there for a year before returning to the SVW. A big misunderstanding for both sides. Years later, Borowski said that he is still grateful to Uli Hoeneß for accommodating him during the negotiations.

His Bayern career was much more successful. In 2010 he was in the Champions League final and was even allowed to play as the third goalkeeper at the World Cup. After Oliver Kahn’s career ended, Butt was the first reliable goalkeeper at Munich – and the perfect transitional solution to Manuel Neuer.

Olic’s career in Munich was just as positive. To the surprise of many, the Croatian developed into a key player for the record champions and was particularly convincing in his first season. In the Champions League, he became a hero with his goals against Manchester United. After three years in Munich he joined VfL Wolfsburg.

The youngster didn’t get a foot on the ground with the Reds from the start. After only six months, he returned to his youth club Schalke 04.

Won as many titles with Bayern as he collected games: 12. Die Kraken came on as a backup goalkeeper, but over the years he has made such a sporting and personal contribution that he secured a job at the club after retiring.

The Peruvian returned to the Isar free of charge and was the backup striker there for three years – and very successfully. During this time, he became a champion three times and won the Champions League once.

After all, the substitute keeper was twice in two years FC Bayern in the Bundesliga between the posts. Finally, Bayern transferred him to Portugal to Vitoria Setubal.

For the defensive all-rounder, switching to the top club was a risk and Bayern were actually a size too big. After six months Schalke loaned him out, later he went to Sunderland.

The mother of all free transfers. The attacker didn’t need long at Bayern to make himself indispensable. Especially towards the end of his time in Munich, he was the best striker in the world and a guarantee for many titles – including the Champions League title in 2020. After a long fuss, he switched to FC Barcelona for 45 million euros.

For two years he worked in Munich’s midfield, but never got beyond the role of supplementary player. In summer 2016 he switched to BVB for 12 million euros. There very often injured and already stamped as a flop. Only when he switched to Eintracht Frankfurt was he finally happy again. At SGE, Rode is well on the way to becoming a club legend. Captain, leader, worker, Europa League winner. A happy ending to an eventful career beckons.

Together with Niklas Süle, the Confed Cup winner came from TSG to the record champions in the summer of 2017. While the central defender cost 20 million euros, Rudy came on a free transfer. However, he was rarely really convincing and so a year later he went to FC Schalke 04 – after all, for a nice sum of 16 million euros. While it gave FCB a big win, it became an absolute mega flop at Schalke and in a certain way a symbol of the impending bankruptcy of S04. After just one year and 30 unconvincing games, he was loaned out to Hoffenheim and later transferred there on a free transfer. There again the solid midfield player, but now only a reservist.

While Rudy went to Schalke for a lot of money, Goretzka came from Gelsenkirchen on a free transfer and, after initial difficulties at the start, blossomed into an absolute regular. Goretzka is a top performer for both Bayern and the national team. Not such a bad swap for Bayern.

Considered a great talent, but was injured for a long time and was often on the bench. The Frenchman was unable to take advantage of his chances in the starting eleven and so he went to Sevilla FC last summer – at least with a buyback option.

Choupo also came on a free transfer from PSG. Was slated to be Robert Lewandowski’s backup and filled the role without a murmur. He even took the chance to establish himself as a regular after leaving Lewandowski. In Munich they are satisfied with him and would like to extend the contract that expires in 2023.

Surprisingly decided to move to Bayern, although Manuel Neuer was seeded there as number one. In the summer of 2021 he went on loan to AS Monaco, where he is a regular keeper. It is unclear whether he will eventually continue at Bayern.

The left-back was brought out of the second English division and was subsequently unable to assert himself. So in the summer we went back to the island. A nice try, but nothing more.

Was Manuel Neuer’s back-up between 2015 and 2020 and rejoined Bayern again in 2021 after Nübel was loaned out. It’s a pretty reliable number two, but it’s also been criticized for one or two mistakes.

The Moroccan could turn out to be one of the best free transfers in this list. It’s still too early for such a verdict, but after some initial difficulties, Mazraoui was able to fully convince at FC Bayern. It is quite possible that he will establish himself as a regular player in the second half of the season.