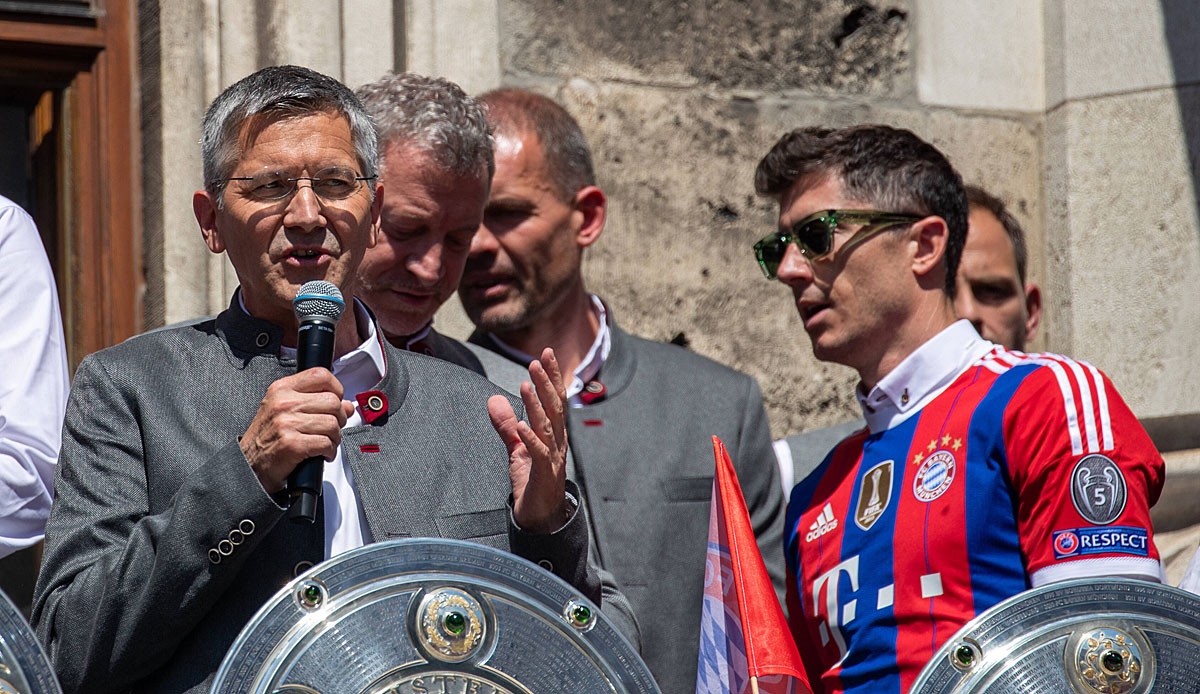 Herbert Hainer, President of FC Bayern, has countered allegations from Leipzig that FCB only uses RB. Hainer also criticized Robert Lewandowski for his statements and spoke about the lack of tension in the Bundesliga.

“When I look at our new signings this summer, I can’t find any players from Leipzig,” Hainer teased sports1-One pass towards Leipzig. RB boss recently had ServusTV said: “I hope that Bayern will find other ideas and don’t always get our players.” He was alluding to the changes made by Dayot Upamecano, Marcel Sabitzer and coach Julian Nagelsmann last year.

Hainer continued: “If players want to come to Bayern – and we’re an incredibly attractive club – then we talk to them.” The interest in Leipzig’s players shows that good work is being done there and that RB has many good players. However, the Bayern boss did not want to comment on the current status of the negotiations.

According to Hainer, FC Bayern have changed their approach to the transfer market compared to previous years and made things clear in July with the transfers of Sadio Mane, Matthjis de Ligt and Mathys Tel: “We sat down earlier and made a detailed transfer plan . We were in front of the wave and I’m incredibly happy, it was very successful.” Therefore, no major transfer activities are to be expected.

A few weeks ago it was written: “‘FC Bayern is no longer competitive and no great footballer comes to Munich.’ I think we proved otherwise. We have an excellent squad.” The first 45 minutes in the Supercup were a “real demonstration” of your own strength. Regarding the lack of competition in the league, Hainer said that “we can’t get worse so that the Bundesliga gets more exciting”.

Hainer on Lewandowski: “I don’t understand that at all”

Hainer has no understanding for the surprise that FC Bayern could suddenly pay such large sums. “It’s not a change of heart. I said that we have 150 to 200 million less revenue from Corona, but not that we’re not doing anything on the market. We’re not based on Dortmund or on a single game,” he said, alluding to the surprising Champions League defeat against Villarreal. “We made a plan and worked through it.” In addition, players like Marc Roca, Chris Richards and Lewandowski were sold.

Hainer said of the Pole’s behavior in recent weeks, especially his “bullshit” statement: “I don’t understand it at all. Robert brought this issue to the public even though he had an ongoing contract. He got what he got wanted. I don’t understand why he resigned. We should all focus on football now.”

FC Bayern had abandoned their stance of definitely wanting to keep the Pole after he had publicly called for a change in May: “We had time to find alternatives from the first discussion to the time of the change. That was at the “Not at the time of his statements. If you have alternatives, you can think about leaving. That’s part of the creativity aspect.”

The quarrels about Lewandowski, a player who has also rendered great service in Munich in eight years, should not be overrated either. “We also have a great deal of gratitude towards him. But it also has to be said that we gave him a team that enabled him to become world footballer twice.” After all, there was “the same constellation with Mane”, “but this transfer went smoothly”.