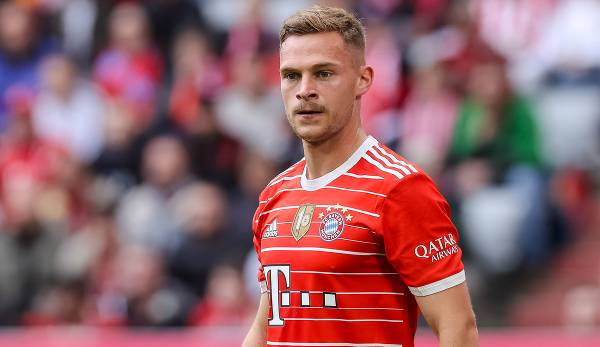 Joshua Kimmich from FC Bayern Munich said in an interview with the French football magazine So feet talked about the possibility of moving abroad – and revealed that years ago he was thinking of leaving FCB.

“That would be an interesting challenge. I don’t know what will happen in a few years, we’ll see,” said Kimmich when asked about a move abroad. The 27-year-old has a contract with FCB until 2025.

However, he feels comfortable in Munich: “I have a very good coach who is an advocate of attractive football. I have a lot of fun here, but somewhere in my head there is always this professional and personal challenge of one day reaching new horizons discover.”

A few years ago, when he was only 15 times in Bayern’s starting eleven under coach Carlo Ancelotti in the 2016/17 Bundesliga season, Kimmich thought about leaving early: “Back then, when I didn’t play as much as I wanted I thought for a while about leaving the club. Then Carlo left, I became a regular player again, we won everything and the question never came up again,” said Kimmich.

As a result, the ex-Leipziger became more and more the undisputed regular player and leader: “The hatred of defeats goes hand in hand with my talent, that’s just the way it is, and I have no problem admitting that I can be annoying sometimes. When I Verbalizing something is a way of showing that I’m mentally present and focused on the game, but talking is also a way of correcting or giving advice to some of my team-mates,” explained Kimmich.

Kimmich also commented on the fact that he no longer has an advisor: “I had some bad experiences with my last representative. I think I can represent my interests better than anyone else. If I make mistakes, then they are it’s my own and not someone else’s. I want to sit down at the negotiating table myself to see what’s going on there.”